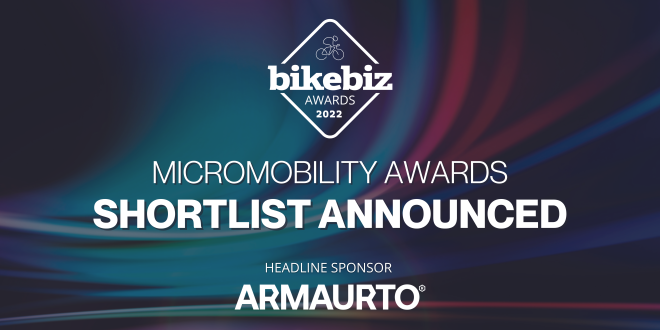 Following the announcement of the shortlist for the BikeBiz Awards 2022 in association with ArmaUrto, we’ll be highlighting each and every finalist from our list of expertly-curated accolades.

The majority of the winners will be decided by our expert judging panel, who will offer years of combined experience in the cycling industry.

Dott
Dott currently operates over 40,000 e-scooters and 10,000 e-bikes in top cities in Belgium, Finland, France, Germany, Israel, Italy, Poland, Spain, Sweden and the UK. Dott has won two of the biggest micromobility tenders in the world, in both Paris and in London. Dott has a staff of over 600, with its main teams located in Amsterdam, London and Paris.

Nextbike
Nextbike UK Ltd is part of nextbike GmbH, the world’s most extensive bike sharing provider with more than 300 cities across 26 countries in four continents. Providing cutting-edge technology on its bikes, Nextbike enables a user-friendly service that supports cities in creating sustainable and integrated travel solutions.

Tier Mobility
Tier Mobility is a leading shared micromobility provider, with a mission to ‘change mobility for good’. Following the recent acquisitions of nextbike and Spin, Tier is now present in 560+ cities and communities in 33 countries with a fleet of more than 300,000 vehicles.

Voi Technology
Founded in 2018, Voi is a Swedish micromobility company offering e-scooter and e-bike sharing in partnership with towns, cities, and local communities. Voi operates in 100 towns and cities across 11 countries. It is headquartered in Stockholm and employs 1,000 people. To date, Voi boasts more than six million riders and has served more than 100 million rides.

MICROMOBILITY RETAILER OF THE YEAR
(winner decided by judging panel)

County Cycles
County Cycles is an independent bike shop in Cross Hands, Carmarthen. It is a one-off local bike sales and repair shop dedicated to its local customer base and striving to deliver world-class bike equipment across South Wales. Its customers keep coming back to upgrade, purchase bike accessories and clothing or join ita bike events because County Cycles has such a relaxed and friendly atmosphere, not forgetting the affordable prices.

Fully Charged
Since 2014 Fully Charged has catered for three e-bike categories: ME – individuals, WE – families and B2B – businesses, all looking to go forth and get charging. Its growing team and stores remain infatuated by helping enthusiasts get charged and stay charged, offering a range of premium e-bikes from the world’s leading manufacturers. A launch of a new e-commerce platform and a new managed store awaits the end of 2022.

Ride and Glide
Established in 2017,Ride and Glide offers a wide range of high-quality electric rides, built to last with added style for air and fun, from its HQ in West Sussex. It wants to help consumers make the switch to electric as enjoyable, straightforward and memorable as possible.Ride and Glide publishes a wealth of online guides, videos and FAQs, and it actively engages with customers on social media (+8K YouTube subscribers and +1.3m views on its videos).

Sigma Sports Electric
Sigma Sports Electric’s number one aim is to leave customers not just satisfied, but thrilled with their interactions. Since the launch of its electric bike store in spring 2022, it has already achieved a rating of 4.9 on Google Maps. The store is stocked with industry-leading electric bike brands, and home to a specialist team of sales staff and mechanics who are on hand to support customers’ needs.

MICROMOBILITY BRAND OF THE YEAR
(winner decided by judging panel)

Advanced Bikes UK
Advanced Bikes UK is the specialist exclusive UK distributor of one of Germany’s fastest-growing e-bike-only brands Advanced. Launching with the Reco range which uses thermo injection molding technology, providing a 100% recyclable carbon composite frame. This innovation reduces the carbon footprint by 68% compared to an aluminium frame from the Far East.

Batribike
Batribike has this year seen the complete buyout of Batribike by Danish company Promovec, who have increased from a 50% share to full ownership. Promovec designs and produces the control systems and motors which alongside the batteries have an industry-leading 3-year warranty.

Bo
Bo is a new UK micromobility company based in the heart of Bristol. Its launch product, unveiled in June 2022, is an electric scooter: the bo M. The overall mission of this company is to accelerate the uptake of small electric vehicles – e-bikes, e- scooters and e-cargo – in our cities, empowering people to transition out from their cars

Brompton Bike Hire
Brompton Bike Hire is the ‘sister company’ of Brompton and was set up in 2011. It has over 70 docks across the UK, making it the UK’s largest network of hire bikes. The scheme uses the folded-up Brompton bike design in all docks and works with developers, businesses and public organisations to encourage the uptake of cycling.

Eovolt
Eovolt is a French producer of ultra-practical e-bikes, designed to be matching the needs of modern city-dwellers: compact, easy-to-carry, and with perfect aesthetics finishing touches.Founded by Luca Chevalier and Baptiste Fullen in 2018, the brand has quickly gained a reputation among the professionals of the cycle industry for its high quality of products and the reactivity of its customer service.

Mirider
Mirider has enjoyed a rapid rise in the folding e-bike sector over the last three years, starting as a new brand in 2019, it is already a leading name in the 16in category boasting a 22/23 sales forecast of 4,000+ bikes. Distribution is handled by its own group’s 55,000 sqft professional fulfilment centre which handles all online orders and services a growing network of 120+ IBS, using a plethora of selected couriers.

Previous US firefighters host event over concerns about e-bike and e-scooter battery fires
Next World Car Free Day: ‘Our cities can be transformed if we think about transport differently’ 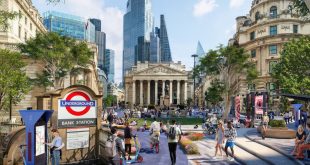