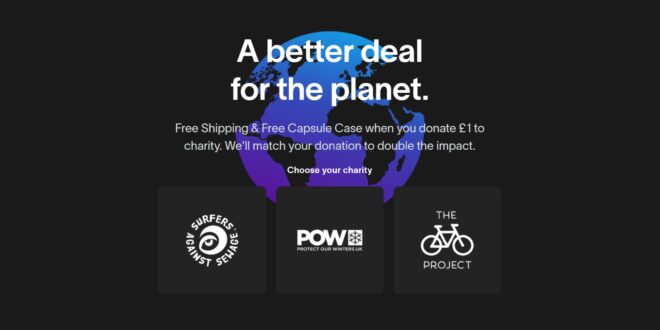 SunGod has announced the launch of its new Black Friday initiative: A better deal for the planet.

In order to unlock the Black Friday offer of a free capsule case and shipping together worth around £20, SunGod customers will have to donate £1 per product to one of its official charity partners – Protect Our Winters, Surfers Against Sewage and The Bike Project.

SunGod will then match the donation in order to double the impact. The deal is now live and will run until 00:00 on Monday 29th November.

Created in 2013 from a crowdfunding campaign, SunGod was co-founded by husband and wife team Ali and Zoe Watkiss and offers a complete line of fully customisable performance and lifestyle sunglasses as well as an extensive range of snow goggles.

SunGod is committed to ensuring consumers get the most out of their product, with minimal waste. Sent to consumers in 100% recycled and recyclable packaging, performance-focused engineering and premium materials mean they are built to last. SunGod also offers a lifetime guarantee, meaning that if a pair of SunGod glasses break, they’re repaired for free.

Earlier this year, SunGod introduced the Infinite 100% Recycled Frame option across every SunGod range of lifestyle and performance sunglasses.

The Bike Project is a UK-based charity that takes second-hand bikes, fixes them up and donates them to refugees or asylum seekers. Founded in 2013 by Jem Stein, the charity operates in London and Birmingham and has given out over 7500 bicycles to date.

Protect Our Winters is a non-profit organisation that was founded by pro snowboarder Jeremy Jones in 2007. Perplexed by the number of resorts closing early due to lack of snow, Jones set out to mobilise the snowsports industry to enforce change. They empower individuals, brands, athletes and ski resorts with the facts about the climate change crisis as well as actions they can take to reduce their carbon footprint and accelerate our transition to a carbon-neutral society.

Surfers Against Sewage (SAS) is a UK-based, national marine conservation and campaigning charity that inspires, unites and empowers communities to take action to protect oceans, beaches, waves and wildlife. From campaigning and petitioning governments to organising nationwide beach cleans and educating communities, SAS is dedicated to cleaning up our coastlines and oceans.

Separate from the Black Friday offer, SunGod has developed limited edition microfibres with all three charity partners above. Available to add across a variety of different models, these are made from 100% recycled bottles and can be bought for a donation of £4 – which SunGod then matches. 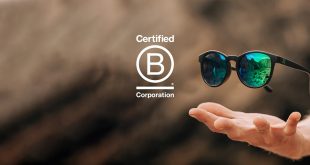 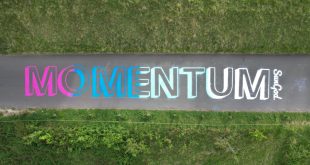