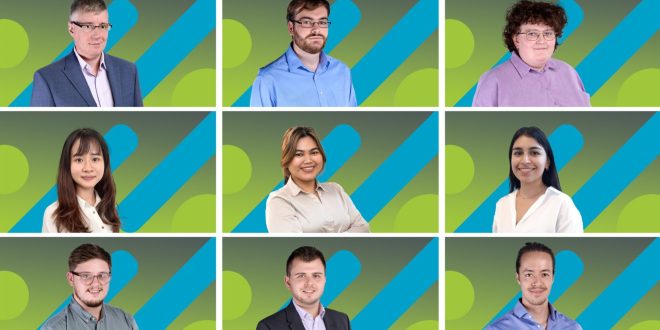 Birmingham-based transport, engineering and placemaking consultancy PJA has appointed 11 new members of staff to its headquarters and across its network of UK offices.

Four appointments have been made at the Birmingham base. Cerys Atchison has joined as a transport planning consultant and Kyle Carter as a civil engineering technician. Both Ben Turpin and Leo Asby are graduate consultants, as part of the PJA Graduate Development programme.

In Bristol, Holly Mullen has joined as principal consultant, specialising in walking and cycling infrastructure schemes. In London, highways engineer Oli Gladstone has been appointed as a principal street designer and both Isabela Martinez Timana and Emily Cheung have joined as graduate consultants.

At the Reading office, chartered civil engineer and flood risk and drainage specialist Andy Johnson has joined as an associate and Tom Hicks as a consultant. Fel Llanora has started as an engineer and is working to become an incorporated engineer.

Nigel MiIlington, joint managing director at PJA, said: “A huge welcome to the new team members who have joined us recently.

“Their wide range of specialisms and knowledge will help us meet ever increasing client demand across the country for our land development and consultancy solutions. They also bring up our headcount to a fantastic 120 across our offices in the UK and Australia.

“I’m particularly proud that a number of recruits have joined our Graduate Development Programme which we set up to train and mentor the transport planners, engineers and placemakers of the future.”

PJA also recently opened an office in Perth and welcomed two new members of staff, with Tanya Moran and Tim Judd appointed to lead the new base.

The new Perth branch, located at St Martins Tower in the heart of the Central Business District, follows the success of PJA’s Melbourne office which launched in 2019 and has seen continued growth despite recent lockdowns.