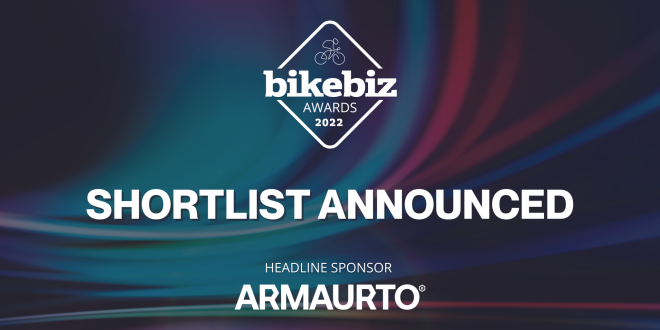 BikeBiz reveals shortlist for 2022 awards in association with ArmaUrto

BikeBiz has carefully sifted through the nominations for the BikeBiz Awards 2022 in association with ArmaUrto and we can now reveal who has made it into the shortlist.

The winners for the 2022 BikeBiz Awards will be announced on Bikebiz.com on Friday, 4th November.

From retailers, to bike brands, and advocacy champions we are proud to help shine a light on the superstars working in the bike industry, and 2022 is no different.

This year’s awards is the biggest edition to date, with a new judging panel, 15 awards across five categories, and some significant new awards, including Specialist Distributor of the Year, Diversity Champion, Best Shared Transport Provider, Micromobility Retailer of the Year and Micromobility Brand of the Year.

We’ve been overwhelmed with the response to the 2022 iteration and are thrilled so many people have taken the time to enter/nominate – thank you to everyone for getting involved!

The majority of the winners will be decided by our expert judging panel, who will offer years of combined experience in the cycling industry. Judges will however abstain from any award that either they or their company have been shortlisted for.

Congratulations to everyone listed below, and thank you to everyone who took the time to enter!

BikeBiz Awards 2022 in association with ArmaUrto: And the winners are…