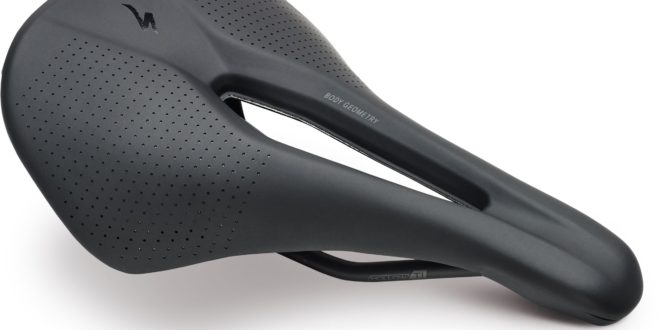 A new study has found that contrary to some previous ones, neither recreational nor hardcore cycling appear to have a negative impact on male sexual and urinary functionality.

These studies include the grand-daddy of them all, an infamous 1997 article in Bicycling magazine in which Boston University urologist Dr Irwin Goldstein said:

“Men should never ride bicycles… Riding should be banned and outlawed. It’s the most irrational form of exercise I could ever bring to discussion.”

This led to “cycling causes impotence” health scares all over the world, and also led, the following year, to the creation of the Specialized Body Geometry range of cut-out saddles featuring the so-called “Minkow wedge”. Many other companies soon followed Specialized’s lead, creating one of the industry’s most profitable categories.

In a new report in The Journal of Urology, researchers debunked previous cycling-and-saddles studies which “lacked the use of validated measures or comparison groups, and were limited by small sample sizes.”

“We believe the results will be encouraging for cyclists,” said the doctor, who is a urologist at the University of California-San Francisco.

He added: “Cycling provides tremendous cardiovascular benefits and is low impact on joints. We believe the health benefits enjoyed by cyclists who ride safely will far out weight health risks."

In addition to the comparisons between similar athletic activities with and without perineal pressure, the researchers examined how cycling intensity, bicycle configuration, and even road conditions might impact sexual and urinary functions. Cyclists were asked about their bike type, saddle type, saddle angle, frequency of wearing padded shorts while cycling, percent of time standing out of the saddle, handlebar height, and the type of surface on which they usually ride.

“Men should never ride bicycles… Riding should be banned and outlawed. It’s the most irrational form of exercise I could ever bring to discussion.” Dr. Goldstein, 1997

“Interestingly, high intensity cyclists had overall better erectile function scores than low intensity cyclists,” found the study. “Neither bicycle nor road characteristics appeared to have a negative impact on cyclists.

Numbnuts? “Standing more than 20 percent of the time while cycling significantly reduced the odds of genital numbness.”

Medical attacks on cycling are as old as cycling. Pressure on the genitalia – especially the female genitalia – was seen as suspect in the late 19th century. Leading doctors called for bans on women cycling. Such calls went unheeded and the bicycle was a key tool of womens’ emancipation giving them new freedom and mobility.

Despite the claims that riding on bicycle saddles would lead to impotence, the world population did not suffer.

And today, there are few complaints that China, still with more cyclists than anywhere else despite the meteoric growth in car ownership, suffers from a lack of babies due to urological problems brought on by bicycling.

Yet there’s no getting away from the fact that many people suffer discomfort from ‘normal’ bicycle saddles, even ones with cut-outs, gel-pockets, or buttock-ridges. Such discomfort, whether real or perceived, is a major disincentive to cycling.

Cycle makers have known this for many years. Pederson bicycles, patented in 1894, had suspended, leather hammock-like ‘saddles’.

And since the year dot, inventors have been coming up with nose-less saddle designs. Many of these inventors assume they are the first to arrive at the stunning conclusion that taking a saddle’s nose away will alleviate discomfort.

It could be argued that 1997 article in Bicycling did the cycle industry the power of good – it led to a short-term spike in “cycling is bad for you” articles but it led to a product and marketing revolution. (It also gave a huge filip to the new concept of “bike fitting”, which had started in 1995 with pedal interface and frame-sizing products.)

Dr. Goldstein had argued that: “The bike seat is archaic. It’s unanatomic. The perineum is an intricate neurovascular complex, but there are no shoulder pads or helmets to protect it.”

Ergonomics specialist Dr Roger Minkow surmised that if cycling was uncomfortable for some people it was because undercarriage blood flow was being impeded by the saddles of the day. He cut chunks from a Selle Italia Turbo saddle and visited the 1997 Interbike trade show. Here he met Ed Pavelka, one of the two writers of the Bicycling feature and showed him the modified saddle. After the show, Mike Sinyard, founder and president of Specialized, called Pavelka and said Specialized wanted to address the “erecticle dysfunction” issue.

"[Sinyard] asked did I know anyone who could help him come up with a better saddle? I said sure, and he lives next door to you in Petaluma, California. I gave Minkow’s name and number, and the rest is history," said Pavelka.

Minkow’s scooping was not a new technique, saddles-with-cut-outs have existed from the end of the 19th century. But Minkow used his ergonomic experience – he’s good with seats – to help Specialized create traditional-looking saddles that were more comfortable for most people than non-ergo saddles.

The advent of ergo saddles created a new market for such products, but medics had already started to dampen down Goldstein’s conclusions. Harin Padma-Nathan, MD, director of The Male Clinic in Santa Monica, California, and a former student of Irwin Goldstein, said in 2004:

"Will biking cause impotence for the average cyclist? Does that risk outweigh the sport’s cardiovascular benefits? The answer is no on both counts."

Richard Lieberman, MD, a clinical associate professor of surgery at The Pennsylvania State University, added in the same year: "I can think of a lot more things that are deleterious to one’s health that should be outlawed before bikes. In fact, the overall vascular health of the cyclist may, in a lot of cases, outweigh some of the local deficit that’s created."

However, Goldstein and his acolytes continued to push the message that cycling is unsafe.

An editorial in the September 2005 issue of the Journal of Sexual Medicine – Goldstein’s house journal – was written by Dr. Steven Schrader, a supervisory research biologist at the US National Institute for Occupational Safety and Health.

Introducing papers such as "Only the Nose Knows: Penile Hemodynamic Study of the Perineum – Saddle Interface in Men with Erectile Dysfunction Utilizing Bicycle Saddles and Seats with and without Nose Extensions" by Ricardo Munarriz and Irwin Goldstein and others, Schrader took potshots at cycling:

"While literature over the last 20 years…has described the perineal problems resulting from compression by bicycle saddles, there continue to be endless testimonials about ‘miles of cycling’ and ‘erections of steel.’ While such testimonials are not surprising in the popular press or on the Internet, it is disappointing that such comments have been expressed by physicians and other scientific-based professionals. Some of the testimonials have even appeared on scientific electronic bulletin boards, along with remarks regarding the proliferation of bicycle riders in China without erectile problems. They sound similar to the cigarette smoker proclaiming that they have smoked a pack a day for years without lung cancer."

Dr Schrader has a history of "cycling is bad for your health" papers.

In 2002, he published a paper on US bike cops. Schrader said the cycling police he tested had many fewer erections while they slept than their fellow officers.

(You may or may not want to know this, but bike cops had erections during 27.1 percent of recorded sleep sessions. Coach-potato cops had nearly twice as many erections per night, said the doctor.)

Schrader stressed the bike industry needed to develop "effective strategies based on sound ergonometrics and urogenital physiologic principles" and testing is needed "to reduce the risk of erectile dysfunction from bicycle riding."

The industry did produce such products, and effective industry-sponsored tests were developed, including the transcutaneous penile partial oxygen pressure test pioneered at the University of Cologne.

“Comfort” saddles – for men and women – are now a major cycling category and have sold many millions of units. No such thing as bad news?