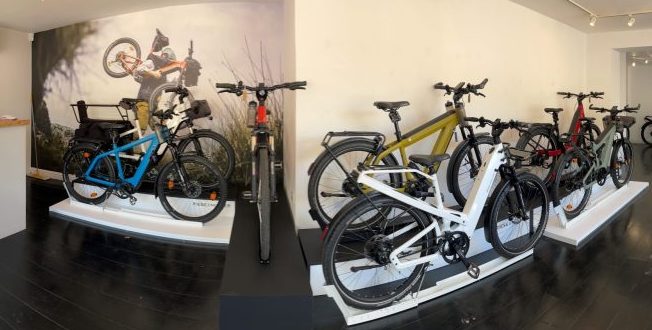 Thieves steal £30,000 worth of e-bikes from Gloucestershire store

A theft from a bike shop in Gloucestershire has resulted in the loss of £30,000 worth of bikes.

Officers from Gloucestershire Constabulary are investigating and are asking anyone with information to come forward.

Police said: “A shop in Nailsworth was broken into in the early hours of this morning, Saturday 21 May, and thousands of pounds worth of electric bikes were stolen.

“Police were called to a bicycle shop off George Street at around 12.45am after a window had been smashed to gain entry.

“It is believed the burglary happened around 12.30am and five electric bikes, with a combined value of more than £30,000, were stolen.

“Enquiries are ongoing and anyone who saw suspicious activity in the area or vehicles going to or leaving the scene are asked to make contact with police.”

Read more: The hottest new products in the bike trade this May

Information can be provided to police online by completing the following form and quoting incident 17 of 21 May: https://www.gloucestershire.police.uk/tua/tell-us-about/cor/tell-us-about-existing-case-report/

You can also call police on 101 or give information anonymously to independent crime-fighting charity Crimestoppers by calling 0800 555 111 or online https://crimestoppers-uk.org/.

Cadence Performance has announced its latest retail store location, taking over Evernden Cycles as the …