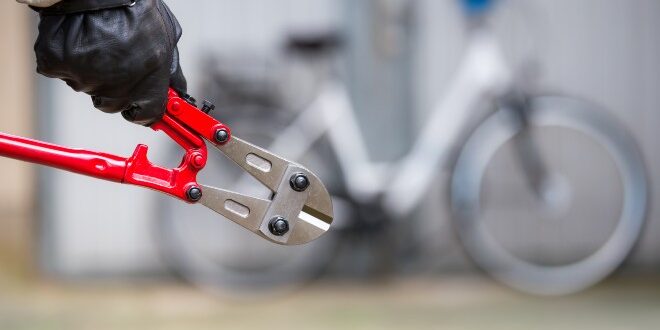 Bike theft can be a major threat to any cycling business.

With the continued rise in the popularity of e-bikes, high end bikes, and with the ever increasing cost of operation, a break in can be an existential threat to any retailer.

Here at BikeBiz we’re looking into the impact theft and burglary can have on retailers and we want to hear from our readers about their own experiences and thoughts on theft.

According to insurer Aviva, data has revealed a rise in UK theft claims for e-bikes by 37% in 2021, compared to the previous year.

The insurer’s figures show e-bike theft claims have rocketed in recent years, rising by nine times between 2016 and 2021.

Average value of e-bike claims has also grown substantially during this period. Aviva reports that a claim for an e-bike was typically less than £1,500 in 2016 but is now around £2,000.

Last month, A theft from a bike shop in Gloucestershire has resulted in the loss of £30,000 worth of bikes.

But what is your experience of bike theft? Has your business been impacted by a burglary? Or are you particularly concerned about the risk of theft from your cycling business? Let us know by filling out this form.

Alternatively you can send your thoughts to Alex.ballinger@biz-media.co.uk