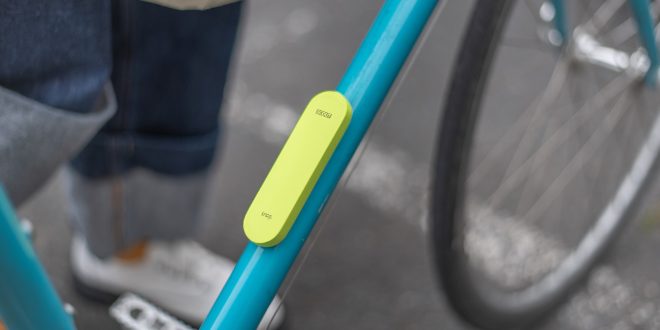 Knog has launched the Scout Bike Alarm and Finder, “redefining the meaning of bike security”.

Loud, lightweight, rechargeable, waterproof, and long-lasting, Knog said this new accessory is the bike security solution “riders have been looking for”. An alarm and finder system that works in tandem with a secure Bluetooth signal, Scout communicates with any Apple device using the ‘Find My Network’ feature.

Knog co-founder and designer Hugo Davidson said: “Scout has been in development for well over three years, which is a good indication of just how difficult it was to achieve the dual function of a bike alarm and tracer in one specifically designed unit. 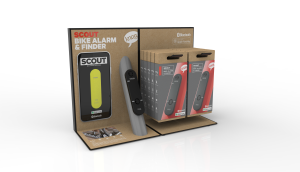 “We are now delighted with the final product, which has exceeded our already high expectations. We genuinely believe that Scout represents the future of bike security.”

The Scout Bike Alarm and Finder can be discreetly and easily mounted to a bike frame via water bottle cage mounts using tamper-proof security screws. Weighing the equivalent of a single AA battery, the Scout is minimal and has a battery life of up to six months.

With a waterproof rating of IP67, it can endure all types of conditions, said Knog, including rain and snow, and can even withstand a bike wash.

When leaving the bike, users can simply arm Scout using the Knog app on an Apple device or on Scout itself. The device has multi-functional LEDs that allow the user to clearly see if their Scout is armed, paired, and view the status of the battery.

Once armed, any movement of the bike triggers an alarm (85 decibels) and then sends a text alert to the user. Once notified, users can trace the bike’s location using Apple’s ‘Find My’ app.

Shipping for UK delivery in September and priced at £49.99. Three POS displays are also available: 10 unit freestanding, 20 unit with display and a 30 unit with digital display.

Knog products are distributed exclusively in the UK and Ireland by Silverfish UK and are available to order now from www.silverfish-uk.com. Retailers interested in becoming a Knog stockist should contact their area sales rep, call the sales team on 01752 843882 or email sales@silverfish-uk.com. 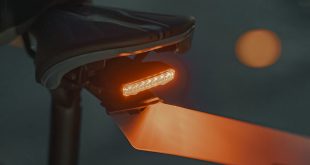 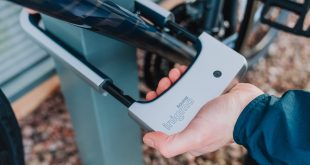