Kids bike subscription service The Bike Club has announced its partnership with the AJ Bell Tour of Britain.

With a Bike Club subscription, parents can choose from a range of bikes from brands including Frog, Forme, Woom and Strider. Bike Club offers either new or pre-loved bikes from £4.49 per month.

The Bike Club will be promoted across the AJ Bell Tour of Britain channels and at the race itself this September.

Bike Club co-founder and CEO James Symes said: “We are delighted to announce our partnership with the AJ Bell Tour of Britain, supporting the continued growth of cycling in the UK and helping to inspire the next generation.

“At Bike Club we know how valuable cycling is as a life skill for everyone. The physical and mental health benefits that come with learning to ride are lifelong. That’s why we’re so proud to support events like the AJ Bell Tour of Britain that play such a vital role in getting families excited about cycling.

“We also know how quickly children grow and how difficult and costly it can be keeping them on the right size bike all the time. That’s where Bike Club comes in, giving parents affordable, flexible, and sustainable access to the best kids bikes, so they’ll never have to buy a kids bike again.”

The 2022 race starts in Aberdeen city centre on Sunday 4th September and finishes eight days later on the Isle of Wight on Sunday 11th September. Along the way, riders will tackle stages in the Scottish Borders, North East England, North Yorkshire, Nottinghamshire, Gloucestershire and Dorset.

Commercial director of race organisers SweetSpot, Miles Rose, said: “Bike Club is a great initiative that in the current financial climate is ideally suited for families.

“Through the AJ Bell Tour of Britain if we can raise awareness of Bike Club, then it is another way that we can help to get more people onto bicycles in a sustainable manner.” 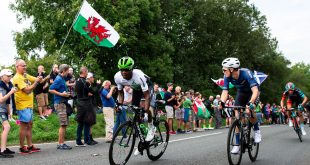 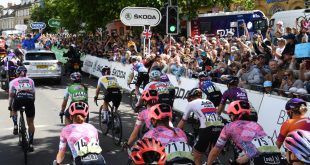