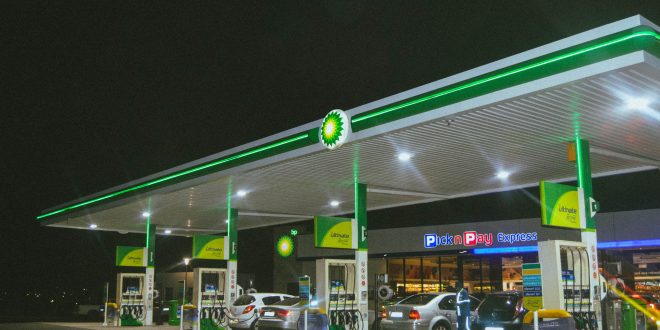 How is the cost of living crisis affecting bike retailers?

Rising energy bills have left businesses and consumers up and down the country strapped for cash, with few signs things will get easier in the coming weeks. BikeBiz asks cycle retailers how the crisis has impacted their stores

The cost of living crisis has affected everyone in one way or another in recent weeks, with rising energy bills and petrol prices leaving consumers strapped for cash. Around nine in 10 adults said their cost of living had risen over the past month, the BBC reported in June, with food shopping, gas and electricity bills and the price of fuel the most common reasons given.

Inflation reached a 40-year high of 9% in April and the average price of petrol increased by 11p a litre in May, the second-largest monthly increase ever seen, data from RAC Fuel Watch has shown. The rise in prices has been sparked in part by the fall-out from the Covid pandemic, as oil suppliers try to scale up to match the sharp rise in demand as lockdowns ease across the world, and drastically exacerbated by war in Ukraine, as European nations try to move away from reliance on Russian oil.

Specialist retailer Pure Electric recently called on the Government to bring forward the legalisation of e-scooters, urging ministers to act now to allow access to low-cost, zero-emission transport. “Spiralling petrol costs are the tip of the iceberg for people amidst a cost of living crisis,” said CEO Becks DeNiro.

“With no clear sign of the price of fuel decreasing, the Government must act now to enable new regulations around e-scooters to allow people the opportunity of low-cost, low carbon travel at a fraction of the cost of fuel-powered journeys.”

E-scooter brand Zinc has joined the calls for the Government to legalise e-scooters, urging ministers to provide a timescale for the proposed legislation update, which is believed to pave the way for the legalisation of private-user scooters. Chief operating officer Chirag Shah said: “For the equivalent of a couple of tanks of petrol you could buy an e-scooter.

“Fuel prices show no sign of slowing down and for a fraction of the cost, the public can experience a low-cost alternative for shorter journeys. E-scooters can potentially change the way we travel and help address pollution and congestion problems. The Government has already recognized their potential with the introduction of rental trials, and the Queen’s Speech indicated that the Government expected to legalise their use, but it isn’t clear when private e-scooters will be allowed on the roads.”

Average wages in the UK are also falling at the fastest rate for more than two decades, as annual pay growth fails to keep pace with the rising cost of living despite record numbers of job vacancies and low unemployment. According to The Guardian, three-quarters of small and medium-sized companies are also worried about the long-term impact the cost of living crisis, soaring energy bills and rising inflation will have on their business.

Just over half of SMEs said they were concerned that rocketing prices would dent consumer spending, and rising energy bills and higher raw material costs are reportedly putting pressure on businesses and creating a challenging trading environment. But how is the cost of living crisis affecting cycle stores?

“I offer pickup and delivery with my diesel van, and rising costs have eaten part of my margins,” said Massimo Amodeo, owner of Exeter’s Bikehavn. “My prices, then, inevitably will rise.” On being concerned that high prices are denting consumer spending, Amodeo said: “On one side, yes. On the other, I hope rational choices will push people back to moving by bike. Being a repair workshop and occasionally selling used bikes, I am pretty positive it will end well for me. [I] wouldn’t be so sure if I had a big shop with overheads.”

Stamford Cycleworks in Lincolnshire is a new workshop-only business – trade is inconsistent and spend is cautious, said director Matt Cleathero. On the impact of rising inflation on business, Cleathero said the cost of everything has gone up – energy, fuel, parts. But Cleathero isn’t really concerned about high prices denting consumer spending, as prices have been artificially low for too long. “The price needs to accurately reflect the true cost to get it on our shelf and onto a customer,” said Cleathero. “Labour, materials, environment should all be fairly accounted for.”

Cleathero added: “I think people buy into your story and are more inclined to support you if you’re honest and transparent. An upshot of recent years is that people are seeking out good genuine independent businesses. I’m confident that there is still money out there but the mainstream media and unchecked social media news stunts public confidence – effectively talking the country into recession.”

Adam Bell, director of Bognor Bike Hub in Bognor Regis, said the cost of living crisis has had “no real effect”, as they are halfway through a four-year fixed energy deal, but rising inflation has meant rising costs of parts and new bikes. But Bell also isn’t especially concerned about high prices denting consumer spending, “as we’re seeing people stating they’re reducing/stopping use of cars to switch to bikes”. Prospects looking forward are “fairly positive”, Bell added.

Paul Birley, a business owner in Malvern, Worcestershire, said the cost of living crisis has meant the store has seen much higher utility costs. “We can’t even get a fixed price energy contract. Higher fuel costs for delivery to customers, are the immediate problems.” On the impact of inflation, Birley said: “We have to be cautious to ensure every penny we invest in the business is going to make a good return.” Prospects are still good for some product segments, said Birley, but static or fewer sales in other areas.

But on higher prices denting consumer spending, Birley said: “I think at the lower end of the market, customers have less to spend, but from the mid-range upwards people still have money but value price over service more than ever.”