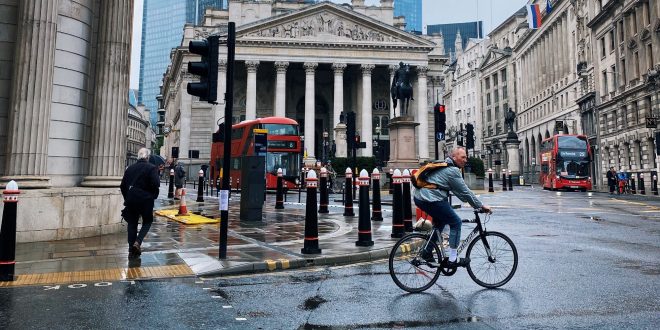 A group of organisations representing active travel, motoring, road safety and business leaders has issued urgent recommendations to the Government to protect a £4 billion funding pot, earmarked to help ‘level up’ walking and cycling across the country.

The organisations have written to the Secretary of State for Transport, Anne-Marie Trevelyan MP, to emphasise the vital contribution of walking and cycling to the UK’s urban and rural economic growth and to society.

This comes after a report released by walking and cycling charity Sustrans highlighted that walking, wheeling and cycling generated £36.5 billion for the UK economy in 2021.

The charity said this is based on the direct economic benefits of walking and cycling as well as others such as reducing the cost of traffic congestion and running a car, improved health and reduced burden on the NHS, and fewer sick days at work.

The letter, signed by members of the Walking and Cycling Alliance, along with the AA motoring organisation; CPRE, the countryside charity; Brake; the Road Safety Foundation; the Urban Transport Group; and the Federation of Small Businesses (FSB), calls for protection of the cycling and walking budget, already committed in the second Cycling and Walking Investment Strategy 2022.

Xavier Brice, CEO of Sustrans, said: “It’s clear that active forms of travel, such as walking and cycling, bring in billions of pounds of economic benefit. Plus, as people are hit by the cost of living crisis, affordable ways of getting around are critical. People must have the opportunity to make the active travel choice instead of expensive car use, to boost people’s spending power for the benefit of the economy and our hopes of growth.”

Sustrans’ Walking and Cycling Index showed that in 2021 walking, wheeling and cycling created £6.5 billion in economic benefit across the 17 urban areas surveyed. Extrapolated UK-wide, this equates to an overall annual benefit of £36.5 billion.

People who walk to the high street spend up to 40% more than those who drive, whilst physically active people take 27% fewer sick days each year than their colleagues.

Edmund King OBE, AA president, said: “Every driver is a pedestrian and most cyclists are drivers, therefore it is in everyone’s interest to level up walking and cycling infrastructure. By creating new routes, as well as investing in existing paths and footways, we can create a safer, greener transport network that benefits all road users.

“Maintaining the £4 billion budget for these projects will also help drivers save money on fuel or electricity. When we ask AA members what mobility modes they would consider to replace one or more car journeys per week, the top answer was bicycle (47%), followed by e-bikes (41%).”

National chair of the Federation of Small Businesses (FSB), Martin McTague, said: “To make the country healthier, reduce the reliance on energy and fuel and move towards Net Zero, new Ministers must look across the board at active travel. This should include infrastructure improvements and reforming schemes like Cycle To Work, so they operate as well for small employers and the self-employed as they do for larger firms.”

Sarah Mitchell, CEO of Cycling UK, said: “As the cost of living hits us hard, everyone is looking to save money wherever they can. Many are turning to cycling for those shorter journeys – whether to work, school or the shops – that are essential for the UK’s growth agenda.

“It is essential that funding for cycling and walking is, at the very least, maintained at the current level of investment if we are to keep the nation moving and deliver the Government’s own active travel strategy.”

Xavier Brice added: “It is high time we to stopped pitting motoring against walking, wheeling and cycling and instead realise the benefits that long-term Government investment for active travel can have for economic growth and to support people on low incomes through the cost of living crisis.”