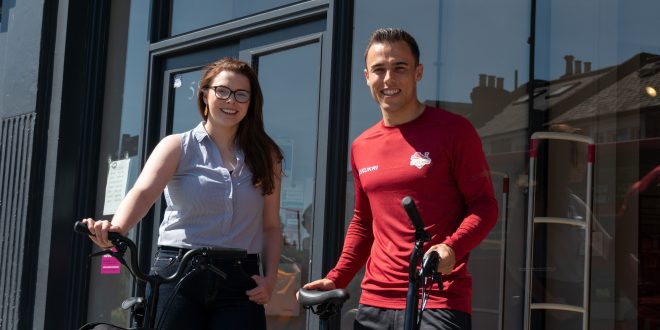 Managed by Mark Middlemas of The Athlete Media Group, Owens has several medals under his belt and is now working towards the next steps in his career at the London Business School. 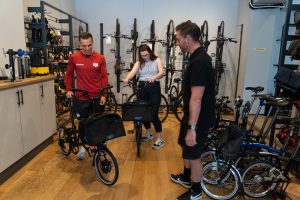 As part of his move to London to study, Owens was keen to work with a cycling retailer local to his new home and reached out to Balfe’s Bikes to discuss teaming up. Balfe’s Bikes has supplied Owens and his partner Sinead with an electric Brompton each.

On working with Balfe’s Bike and choosing the Brompton, Owens said: “I’m delighted to be teaming up with Balfe’s Bikes going forward. They’re a top bike shop with an excellent range and great staff so I couldn’t think of a better place to get set up for London cycle commuting.

“I love a great British design, so when it came to choosing a bike for commuting, I knew from the start I wanted to go with a Brompton. The Electric model just adds another dimension to their already iconic design.

“It’s the perfect bike for my commute to business school, allowing me to arrive at lectures fresh and bring it inside for security.”

Balfe’s Bikes marketing manager Queenie Waterman added: “It was clear from the start Ryan has a real passion for cycling as a whole and we’re over the moon to have him on board as an ambassador for Balfe’s Bikes.

“It’s great to see such a high calibre athlete leading the charge in support of the use of more sustainable means of travel and we can’t wait to follow his travels on board his Brompton throughout the year!”

Balfe’s Bikes has 12 stores and a warehouse and distribution centre near Gatwick Airport, servicing riders of all levels and disciplines across London, the South East and beyond.

Founded in 2019 by CEO Mark Middlemas, Athlete Media Group was set up to support athletes at all career stages and deliver positive change in sport and society. 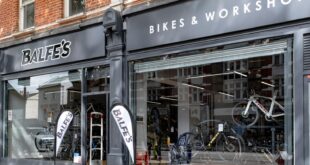 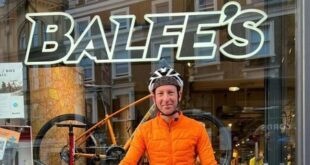