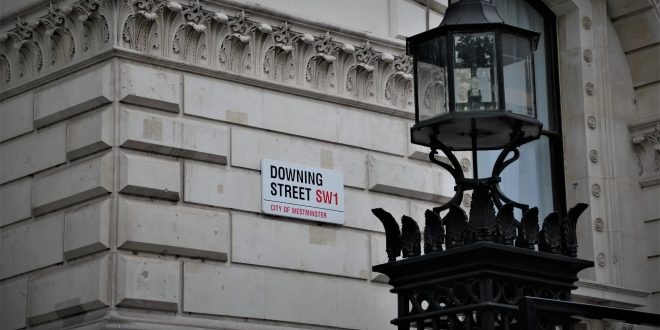 What does the Autumn Statement mean for retailers?

The National Living Wage will be increased by 9.7% to £10.42 an hour, giving a full-time worker a pay rise of over £1,600 a year, benefitting two million of the lowest-paid workers. The Chancellor also announced a £13.6 billion package of support for business rates payers in England. To protect businesses from rising inflation the multiplier will be frozen in 2023-24 while relief for 230,000 businesses in retail, hospitality and leisure sectors was also increased from 50% to 75% next year.

Small businesses who lose eligibility for either Small Business or Rural Rate Relief as a result of the new property revaluations will see their bill increases capped at £50 a month through a new separate scheme worth over £500 million.

“Next year the multiplier will be frozen for 12 months, and the retail discount has been increased to 75% (from 50%) and downwards transitional relief has been removed. These are positive steps to support the high street.

“Bira has been campaigning hard to reduce the cost burden on indie retailers. We actually asked the Government not to decrease the discount back in 2021, so it is great to see the Chancellor listen to us this time around.”

Goodacre however warned there would still be ‘tough times ahead for retailers’. “While this is good news for next year, we are acutely aware that the business climate at the moment is extremely difficult, with consumer spending declining,” he said.

“We would like to have seen more done to encourage more spending, especially in the run up to Christmas and we are very concerned that disposable income will be reduced as a result of this budget.”

On the business rates and transitional relief announcement, Helen Dickinson, chief executive of the British Retail Consortium, said: “The announcements [yesterday] show the Government has heard the concerns of the retail industry.

“The Government has taken an essential step towards longer term reform of the broken business rates system by announcing the scrapping of downwards phasing of transitional relief. This decision means that April’s bills reflect market conditions and retailers will pay only what they owe, rather than being forced to overpay their rates bill when the value of their property has already fallen. This represents the first step towards a more fundamental reform of the broken business rates system.”

Elsewhere in the Autumn Statement, it was announced that electric vehicles will no longer be exempt from vehicle excise duty (VED) from April 2025.

Lisa Conibear, global commercial director, Zoomo, said that while the company is glad to see electric cars taxed in the same way ICE cars are, it would have preferred the incentive moved to light electric vehicles and not removed altogether.

“For too long, the solution to curb emissions has been focused on incentives and rebates for electric vehicles like electric cars and vans,” said Conibear. “These ‘solutions’ have failed to recognise light electric vehicles (e-bikes, e-cargo bikes), despite their outsized impact on both emissions and cost savings.

“Though electric cars and vans do not emit any CO2 at the tailpipe, they do use electricity to power their batteries. This significant energy requirement is due to the weight of the vehicle and battery. The energy source for the battery charging is dependent on a company’s local power generation but often the source is the burning of fossil fuels.

“The more we move to renewable sources of power the better, but at the moment we are moving the emissions from the vehicle to the power plant.”

Xavier Brice, CEO of walking and cycling charity Sustrans, said: “Future generations will look back on the action we take now to embed sustainable travel as the bedrock of how we get around, and COP27 has highlighted that we cannot afford for alternatives to car use to be short-term and underfunded if we’re to achieve net-zero, especially with today’s continued commitment to a 26% emissions reduction by 2030.

“It’s important to remember that active travel generated £36.5 billion for the UK economy last year, so we need to keep investing in the networks that will make it possible for everyone to make the choice to walk, wheel and cycle for their local journeys.

“Desperate families are now having to choose between affording essential journeys, heating, or eating, and will increasingly rely on committed and effective investment in what has always worked; the cheapest, healthiest, and least polluting way to travel.” 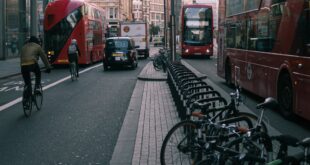 Is Britain being left behind on active travel? 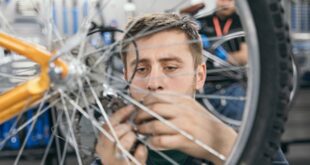 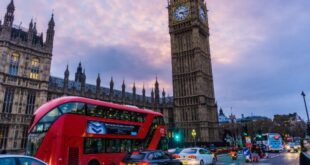 Budget ‘airbrushing out any role for cycling’ in plans for post-pandemic recovery, says Cycling UK