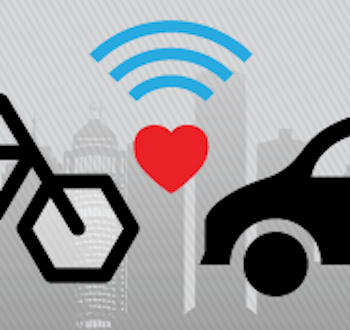 Trek is showcasing an AI-based bicycle-to-vehicle communication system on Ford’s stand at the Consumer Electronics Show which started today in Las Vegas.

The "B2V" technology was developed in partnership with Tome Software – it is hoped it will become an industry standard for in-car tech, especially as other automotive exhibitors at CES are unveiling cars with huge – and distracting – dashboard screens.

B2V is a new addition to the Cellular Vehicle-to-Everything technology. C-V2X connects equiped vehicles to a larger communications system allowing them to communicate with other vehicles, pedestrian devices, bikes and roadside infrastructure, such as traffic signs and construction zones. C-V2X also provides opportunities for direct bicycle electronics integration, as well as mobile phone app integration for cyclists.

Originally announced in September 2017, Trek and Tome’s collaboration has now expanded the research and development phase of B2V to include automotive and smart-city integrations. Ford is supporting the work that Trek and Tome are doing to evaluate the technical opportunities and the best user experiences for cyclists on roadways.

“Ford has been supportive of our mission to make cycling safer since day one and we all understand how important it is that B2V technology is open and shared," said Tome founder and CEO Jake Sigal.

“The future for us is moving from a more passive approach to cycling safety and focusing our development on active safety measures. We want to ensure that while cyclists have the tools and knowledge to do what they can to create a safer experience, they will now have the enhanced ability to communicate their presence directly to vehicles.”

B2V-enabled equipment gives alerts directly to approaching vehicles. The downside, of course, is that not all bicycles will be equipped with beacons or other B2V alert methods, so the tech is far from a panacea.

Previous Drinks are on Yellow Jersey at The Bike Place 2018
Next Dockless bike-share boom: the operators speak 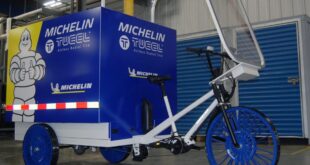 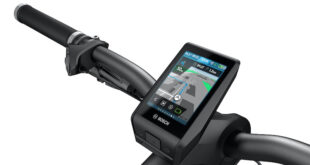 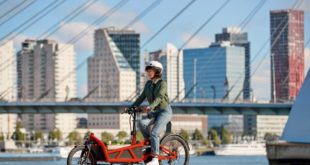