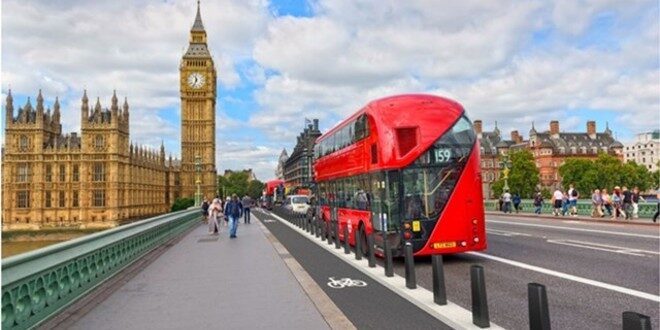 TfL will start work next week on new safety measures on Westminster Bridge, with the main work starting on 15th November and lasting until the end of January 2022.

The work will see the installation of permanent barriers to protect people walking and cycling on both sides of the bridge, replacing the temporary barriers that have been in place since 2017. This means that, once work is completed, there will be a permanent protected cycle lane and footway over the bridge in both directions.

During construction work, Westminster Bridge will be restricted to one lane in each direction for all traffic. Following agreement with the boroughs, work will be carried out between 07:00 to 23:00 Monday to Saturday and between 08:00 to 18:00 on Sundays except bank holidays.

There will also be overnight closures on Westminster Bridge to allow for changes to traffic management. Diversion routes will be in place via York Road, Waterloo Bridge, the Strand and Whitehall for northbound traffic and via Victoria Street, Vauxhall Bridge Road, Albert Embankment and Lambeth Palace Road for southbound traffic. The diversion routes will be clearly signed during the overnight bridge closures.

Nick Fairholme, TfL’s director of project and programme delivery, said: “Safety is our top priority, and the installation of these permanent measures at Westminster Bridge will play an important role in improving the safety on the bridge for those walking and cycling at this busy central London location. There may be some disruption to travel during construction work and I’d like to ask people in the area who need to travel to plan ahead for their journeys, using alternative routes where necessary.”

TfL said it is committed to working towards its Vision Zero goal of eliminating deaths and serious injury on the capital’s roads by 2041. TfL is now working to lower speeds on its road network in inner and outer London, including on the inner ring road, high-risk roads and roads in town centres.

Whilst work is taking place, delays across Westminster Bridge are likely and roads are expected to be busier. TfL is advising people to plan ahead and use alternative river crossings. The latest status updates on how roads are operating can be found here.

Since May 2020, more than 100km of new or upgraded cycle lanes have been built or are under construction, along with tens of thousands of square metres of extra pavement space reallocated for people walking. The measures mean people are increasingly using bikes to travel around the capital and for exercise, with the most recent TfL analysis showing that between 28th October and 2nd November cycling was 10% higher on weekdays and 76% higher at weekends than before the pandemic.