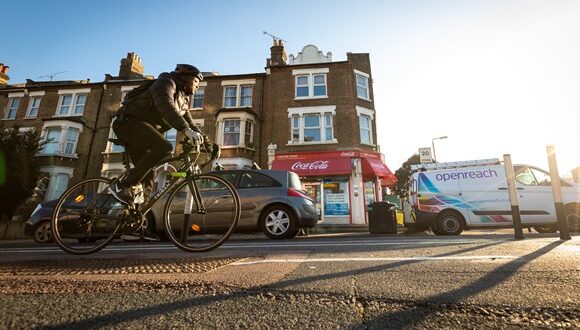 TfL has set out plans to support safer essential journeys by bike in Lambeth and Southwark, with construction work planned to start next month.

The trial changes, along the A23 between Oval and Streatham and on the CS7 cycle route between Oval and Elephant & Castle, will open up these two key cycling corridors in southwest London, enabling more cycle journeys and giving people confidence that they can travel safely along these busy roads.

The changes are a part of TfL’s response to the COVID-19 pandemic and TfL is asking people for their initial feedback on the plans ahead of construction work starting in early March. These changes are being delivered as trials and TfL will welcome further feedback once they are in place.

From March, TfL will be making changes to bus lanes along the A23 to make it more suitable as a safe cycling route, including:

– Widening bus lanes at stops to make it easier for people cycling to safely pass stationary buses
– Creating separate traffic signals for cyclists at key junctions in the Brixton area to give people cycling an earlier green light, and creating larger advanced stop lines for people cycling at other junctions
– New restrictions on a limited number of left turns for motor vehicles along the corridor to reduce conflict with people cycling
– Longer bus lanes will match the existing 24-hour trial operation to enable essential cycle journeys at all times, as well as improved bus times

TfL will also be moving forward with further upgrades to the key CS7 cycle route, which is one of the most heavily used routes in London and has been improved during the COVID-19 pandemic to support thousands of essential journeys in southwest London and beyond.

The latest changes, between Oval and Elephant & Castle, will include:

These changes will mean that TfL’s upgrade of the 13km CS7 route is almost complete, making it much easier for people to cycle between Colliers Wood, Elephant & Castle and beyond. 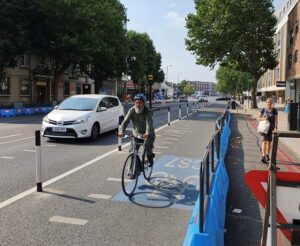 Will Norman, London’s walking and cycling commissioner, said: “I’m really excited to share our next set of plans that will make sustainable transport safer in Southwark and Lambeth.

“Throughout the pandemic we have seen a significant increase in cycling as a form of essential travel and exercise, despite a huge drop in the number of journeys being made with Londoners staying at home. Protected cycle lanes, restricted turning movements and wider bus lanes will all reduce road danger for people riding bikes in this area.

“These changes will also extend cycling routes in southwest London and its surrounding areas, building on our growing cycle network. It’s really important we hear how these trial changes work for those travelling around the area, so I urge people to provide their feedback on the TfL website.”

Helen Cansick, TfL’s head of healthy streets delivery, added: “As the pandemic continues, the need for walking and cycling infrastructure is more important than ever, to ensure that people can make essential journeys safely and there is enough space on public transport for those who need to travel.

“I hope that these trial changes to roads in Lambeth and Southwark will make a noticeable difference to cycle journeys on two of the area’s busiest corridors and give people new to cycling confidence that it is a safe and viable way to make essential journeys during the pandemic. We’d really like to hear people’s thoughts on our plans and will continue to work with both councils and people in the area through the trial period.”