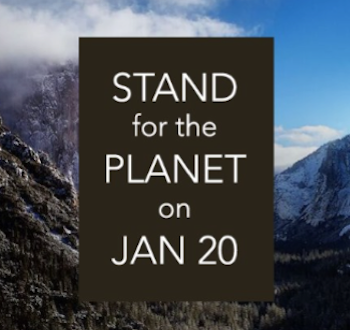 Bike and accessories company Tern is to donate 100 percent of the profits from sales on the US presidential inauguration day to an eco organisation that says "Tell your senators to vote NO on Donald Trump’s cabinet of polluters."

"The National Resources Defense Council is fighting to protect our planet’s resources," says a Tern statement. "So if a person has been thinking about getting a Tern bike or gear, maybe they should do it on January 20?"

Company principal Josh Hon said: "January 20th is going to be a significant day – one that brings momentous changes to efforts to preserve our planet. Tern believes that keeping the planet a livable place is something that everybody can get behind. That’s the reason why we will be hosting a sales event on January 20th and donating 100 percent of its profits to the National Resources Defense Council."

In the U.S.: http://store.ternbicycles.com (Tern says: "Whenever possible we will use a Tern dealer to complete/fulfill a bicycle purchase.")
International: http://premiumbikegear.com (Gear only)