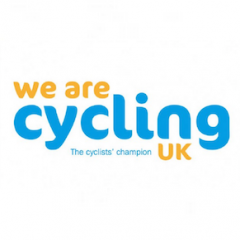 Taxi driver Farook Yusuf Bhikhu, convicted of permitting the ‘car dooring’ that led to the death of Sam Boulton, this week saw his appeal rejected by the court.

Bhikhu was convicted of the offence of ‘car-dooring’ in Loughborough Magistrates Court on June 5th. He was originally handed a £955 fine, broken down as £300 for the offence, a £30 victim surcharge and £625 court costs, to be paid in £20 weekly instalments. Following the rejection of his appeal, further costs of £300 were ordered.

‘Car-dooring’ is a criminal offence for which both the person in charge of the vehicle at the time, and the person opening the door are potentially culpable. The offence is punishable with a maximum fine of up to £1,000.

Cycling UK and Sam’s family, wants to see more public awareness on the dangers of car-dooring which could be significantly reduced through simple techniques such as the Dutch Reach.

Father of the victim Jeff Boulton commented: “I’m relieved to hear the court uphold the decision from June earlier this year. In July 2016 our family received a lifelong sentence, because Bhikhu parked irresponsibly to save a couple of minutes and took no responsibility for his passenger’s actions.

“Despite Bhikhu’s major role in the events leading to the death of my son, his refusal to see how his action resulted in the death of a wonderful and talented young man, is almost as upsetting as the way the law trivialises car-dooring.”

Cycling UK believes the current offence of ‘car-dooring’ which can have serious and life changing consequences, is trivialised as a minor offence. In light of the tragic death of Sam Boulton, the charity has continued to press Government to introduce a new offence of causing serious injury or death by car dooring, with tougher penalties.

Cycling UK head of advocacy and campaigns Duncan Dollimore said: “This tragic case should act as a reminder for all drivers about their responsibility to ensure passengers do not cause injury or death when exiting a vehicle.

“Sam’s needless death also highlights the need for urgent action from the government to change the law on car-dooring offences. A maximum £1000 fine is inadequate for entirely avoidable behaviour which can kill. This is why Cycling UK and the families of those affected by dooring have asked Government to introduce a new offence of causing or permitting serious injury or death by car dooring, with tougher penalties.

“Driver education must be improved. In early September, Cycling UK wrote to Transport Minister, Jesse Norman, about the potential to educate UK drivers and their passengers about the ‘Dutch Reach’, a technique which can help reduce the risk of car-dooring. We are still waiting for his response."