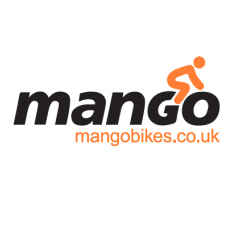 At the end of last month we revealed that debt-ridden Mango Bikes of Cirencester had been sold back to one of its founders for a pound, had made staff redundant and would relocate to Newcastle. However, co-founder Ben Harrison has now told BikeBiz that the company has ceased trading. He blamed the weak pound for the company’s woes, and RSM, the administrators, will now be seeking a buyer for the business.

The weak pound is due to Brexit, but this bicycle-industry tale has a deeper and sadly ironic Brexit back-story, which I’ll get on to in a moment. First, let’s explore what happened at Mango.

The brand was based at an industrial unit close to the Cotswold Water Park, and was founded by Harrison and Jezz Skelton. (Skelton ceased to be a director of Mango Bicycles in 2015.) Mango’s CEO was Barry Dunn formerly of Planet X and Go Outdoors. Along with the other directors of Mango Bicycle Ltd., Dunn formed a new company – Wilchap 564 – to buy clothing company Vulpine from the administrators. Harrison has now resigned from this company and is no longer involved with Vulpine.

Mango was an import business, and like most import businesses it relied on a strong pound to remain profitable. The post-Brexit softening of Sterling hurt Mango – Harrison had hedged some currency to withstand a short-term hit to the pound but did not factor in the pound’s long-term decline.

Ironically, one of the Mango investors – and with a seat on the board – is a leading light in an influential pro-Brexit thinktank.

Toby Baxendale, a “bike mad” triathlete, told a podcast that “June 24th was one of the greatest days of my life,” referring to the 2016 vote that started Britain’s exit from the European Union. Baxendale is the lead trustee of the Legatum Institute – he signs the institute’s financial statements to the Charity Commission. (Baxendale was also one of two directors of Leadsom4Leader, the campaign to elect Andrea Leadsom as leader of the Conservative party.)

According to The Guardian the Legatum Institute is a “thinktank with unparalleled access to Davis and Theresa May" and it "seems to have been at the origin of some of the preposterous positions on Brexit taken by the government so far.” The Times said Christopher Chandler, the New Zealand billionaire who funds the institute ”has unrivalled access to Brexit MPs.” (The Legatum Institute is named for Chandler’s Legatum Group – they share the same motif, a Greek archer atop a chariot.)

The Legatum Group is based in Dubai but Chandler is resident in Singapore. The Legatum Institute is headquartered in London but is registered in the Cayman Islands, and receives the bulk of its income from the Bermuda-based Legatum Foundation.

If Brexit was all about “taking back control” it’s perhaps strange to discover that an overseas-based billionaire-funded foundation influenced Britain’s decision to leave the EU.

A Legatum Group corporate profile states that it doesn’t just seek profits for its shareholders it also “invests in transforming society by shaping policies and ideas through the Legatum Institute.”

Chandler is described by many as a “disaster capitalist” – his firm invests in unstable markets when “assets” can be bought cheaply. “Opportunities arise in times of crisis,” states the group’s corporate profile, adding that the “firm finds value where disruptive transitions create unique opportunities.”

And you can’t get much more disruptive than Brexit.