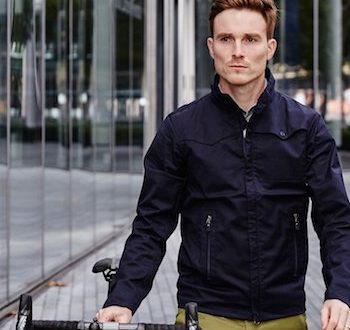 Vulpine went pop in May. At the time BikeBiz wondered aloud how founder Nick Hussey managed to burn through more than £1m in crowd-funded cash BikeBiz.” Two weeks later, £250,000-worth of Vulpine stock was bought from the administrator for £70,000 by Mango Bicycles.

Mango – which has now ceased trading and is looking for a buyer – was based on an industrial unit close to the Cotswold Water Park, near Cirencester, and was founded by Ben Harrison and Jezz Skelton. (Skelton ceased to be a director of Mango Bicycles in 2015.) Mango’s CEO was Barry Dunn formerly of Planet X and Go Outdoors. Along with the other directors of Mango Bicycle, Dunn created WilChap 564 Ltd. to acquire Vulpine from the administrators. Harrison has now resigned from this company and is no longer involved with Vulpine, but BikeBiz has spoken to Dunn and can report that a new design team is in place and the brand is again placing orders with apparel manufacturers.

Hussey is no longer with the company. New products are now being designed by Jamie Burrow, working in-house, and Chris Vandrill, who is working for Vulpine a couple of days per week. Vandrill has designed for Finisterre , Rohan and Howies.

“Vulpine customers are incredible,” Dunn said. “We get 52,000 opened emails soon after we send them out, and immediately see orders pouring in.”

Newly made garments arrive in Sheffield soon; newly designed products will be introduced in due course.