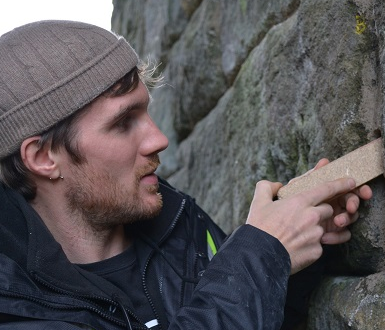 The charity Sustrans has started a major two-year repair and restoration programme of 50 bridges and historic structures along the Coast to Coast cycle and walking route in West Cumbria and the North East.

The £450,000 works, which are partly funded by Heritage Lottery Fund, include repairs to the 60 metre Beamish Railway Tunnel, as well as specialist restoration of a timber-framed bridge and a unique metal bridge, both in West Cumbria.

The 140-mile route attracts over 15,000 people for cycling and walking each year. Much of the route is on traffic-free paths such as old railway lines, which include many important heritage structures.

Sustrans Land Manager in the North East Gina Clarke commented: “The C2C has some lovely old bridges and structures so it’s really exciting that we can now help restore them and develop the paths as heritage sites as well as popular cycle and walking paths.

“In our survey work we’ve discovered that some of the old bridges are also habitats for wildlife, including rare pipistrelle bats, so we’re also working with ecologists to help protect and conserve these important colonies.”

Sustrans owns 42 miles of former railway track along the C2C, on the old iron ore railway lines between Whitehaven to Rowrah, and the Workington to Broughton Moor and Siddick sections, as well as the Washington to Sunderland section of the former Stanhope and Tyne Railway.

The Cumbria section is known locally as the Tracks of the Ironmasters, which is now part of a project funded by HLF, to help restore the path’s historic and natural heritage and develop a signed trail including stories from the local community. Wildlife conservation and habitat development is an important part of Sustrans work along these sections of the C2C. The linear paths act as havens and routes for wildlife as well as people, and there are bat colonies on some of the bridges.

Share
Previous 55 per cent growth in Cyber Week sales for Citrus-Lime customers
Next Brits, get yourself on the 11-year-old bike industry podcast