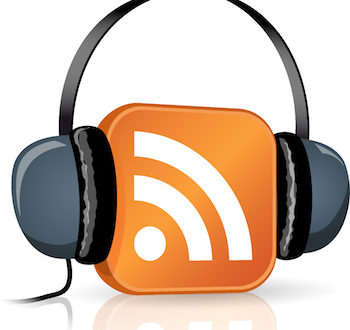 Brits, get yourself on the 11-year-old bike industry podcast

More British guests are being sought by the 11-year-old Spokesmen podcast. The show’s host is BikeBiz editor-at-large Carlton Reid, who has been involved with its production since it was started in 2006. The show is recorded every other Sunday via Skype and usually consists of Reid and various American industry figures.

"Some of the US guests have been with the podcast from the beginning," said Reid. "It’s always been a struggle to get Brits on the show. Is that because Americans are famously gregarious and that Brits are famously reticent? Possibly."

When Brits do appear on the show they tend to be interviewees rather than guests – the "usual" show is recorded as a roundtable affair, with boisterous interjections being par for the course. The interview-format shows are more sedate affairs. Recent interviews have included one-hour shows with Pashley and with Matthew Briggs, husband of Kim Briggs who was killed by a cyclist in London. And the most recent show had audio from transport minister Jesse Norman and Manchester’s cycling csar Chris Boardman.

Despite these "specials" the show still has a marked American flavour. US guests have included Gary Fisher, Arleigh "Bikeshopgirl" Jenkins and Donna Tocci, formerly of Kryptonite. US industry veterans Rick Vosper and Jay Townley have also been regulars on the show. Vosper has been running his RVSM consultantancy business since 2007. He was formerly director of global marketing for Specialized and vice president of marketing and product for Veltec Sports. Townley has been in the bicycle business for nearly 50 years and is currently a senior partner at Gluskin Townley Group. In May, Specialized’s then senior manager for retail development Donny Perry was on the show to discuss bike-shop retail trends.

Bike designer Anna Schwinn and Bike Mag editor Nicole Formosa have also been on the show as guests. One of the show regulars is lawyer Jim Moss of Boulder, Colorado.

Show guests sign up to a Google Docs list to be informed of show recording times and topics. Those who can record an episode add their name to a "show notes" form and are then brought together on Sunday afternoons via a Skype conference call. The show is published on the same day as the recording.

To put your name forward as a guest contact carltonreid@mac.com.