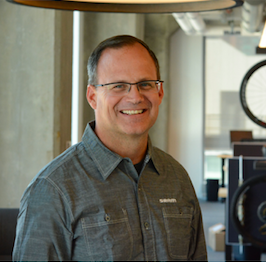 SRAM announced today that Ken Lousberg will now take the position of chief operations officer within the company.

Lousberg, graduated from Colorado State with a degree in Mechanical Engineering, and received his MBA from the University of Colorado. He is an avid mountain biker and most recently resided in Zurich, Switzerland. He is relocating with his wife and three sons to the Chicago area and will be based out of SRAM’s global headquarters in the West Loop.

“This was probably the easiest career decision I’ve ever made,” commented Lousberg. “SRAM’s culture is very special, it’s something I will be proud to be a part of, and these are people that I am truly looking forward to working with.”

“We were looking for a leader who had managed an organization of the size and complexity that we are targeting, was a very strong cultural fit, and could understand the technical nature of our components and our manufacturing processes. Ken is perfectly suited to address all of these requirements and we’re truly excited to have him on board,” said SRAM president Stan Day. 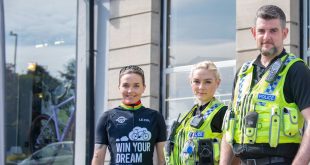