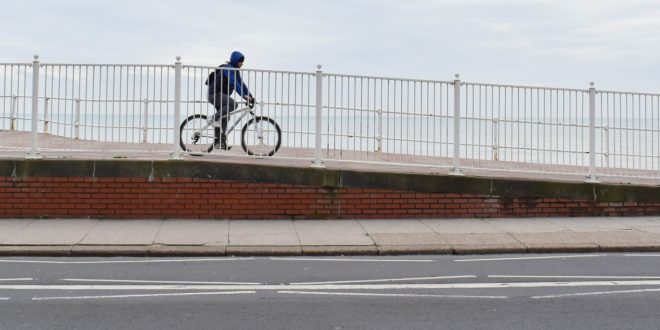 The announcement that GPs are to offer social prescriptions, including walking, wheeling and cycling, as part of a new trial has been welcomed by charities including Sustrans and CoMoUK.

Earlier this week, the Government announced it has awarded £12.7 million in multi-year funding to 11 local authority areas in England. The funding will go towards several pilot projects in each location, including adult cycle training, free bike loans and walking groups.

Other schemes include all-ability cycling taster days, where people who may not have cycled before can try in a friendly environment, or walking and cycling mental health groups where people can connect with their communities as they get active.

Rachel White, head of Public Affairs at walking and cycling charity Sustrans, said: “Car dependency is a primary cause of inactivity in the UK, which can have hugely negative consequences for our health, our economy, and our NHS.

“Our research found that 89% of users told us that improving their wellbeing is a factor in deciding to use the National Cycle Network and in 2019 it boosted the UK economy by an estimated £2.1 billion in health, congestion and environmental benefits.

“Prioritising active travel will benefit our nation’s health, so we welcome the introduction of this social prescribing pilot. If social prescribing is to be effective, then UK walking, wheeling and cycling infrastructure must see continued investment and development, so the public feel safe and confident in fulfilling their GP’s advice to improve their health.

“Equally, as more people struggle with the cost-of-living crisis and the costs of running a car soar, people must be given a genuine choice to be able to leave the car at home and use cheaper, healthier alternatives for everyday journeys.”

The plans have also been welcomed by shared transport charity Collaborative Mobility UK (CoMoUK). The charity said it has repeatedly called for measures to encourage GPs to prescribe cycling, and said shared bike hire schemes will be well placed to support the pilots.

A recent report for CoMoUK found that 49% of users said that joining a bike share scheme was a catalyst to them cycling for the first time in at least a year, with 70% of respondents revealing it had contributed to their total physical activity in the last week, and 20% reporting that it was ‘all’ or a ‘major part’ of the physical activity they had done.

Antonia Roberts, deputy chief executive of CoMoUK, said: “Cycling improves mental and physical wellbeing, and we have been encouraging GPs to highlight these benefits – so this announcement is welcome.

“Bike share schemes will be well placed to support the pilots, as this saves people money because they do not need to own their own bike and ensures that more users can be reached.

“Shared transport such as bike share schemes, along with car clubs, demand responsive transport and e-scooters, alongside public transport, are the key to achieving our net zero goals.”

Bradford and Leeds are set to benefit from more than £1.3 million each, as part of the £12.7 million package.

The West Yorkshire Combined Authority has been delivering its Cycle for Health scheme in partnership with Cycling UK since 2016. The scheme is aimed at tackling health inequalities by offering people with long-term conditions a 12-week programme of cycle training.

“Participants have reported significant improvements in their mental and physical health. This funding for new pilot schemes will help us do even more to tackle health inequalities.”