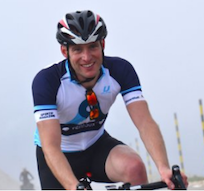 Parkinson’s UK is inviting cyclists to take on the Giant of Provence three times in a single day.

The charity will take a team of 30 fundraisers to France to ride the triple ascent on June 1st, 2017. Cyclists will climb the three main routes of this notoriously inhospitable mountain, including Bedoin – the most famous difficult ascent – in just one day.

The gruelling challenge involves around 68km of climbing and 4300 meters of vertical gain. Cyclists who complete the triple ascent will become a member of the Club des Cingles du Mont-Ventoux – the Mont Ventoux Madman Club.

Mont Ventoux is renowned as one of the toughest climbs on the Tour de France route. The mountain made headlines in 2016 when Chris Froome was forced to run to the finish line following a crash in stage 12 of the Tour.

2017 will be the third year in which Parkinson’s UK will invite dealers to take part in the event, with celebrities such as Games of Thrones actor Enzo Cilenti taking part in previous years.

Cilenti commented: “I have tackled Ventoux twice for Parkinson’s UK and know how intoxicating this mountain is. The conditions can be gruelling and the climbing is incredibly tough, but it is without a doubt one of the most exhilarating things I’ve ever done. Knowing you are doing it for a good cause can keep those weary legs turning when every muscle wants to stop – it’s a truly epic experience.”

For more information on the race and a chance to take part, visit the Parkinson’s UK site here.