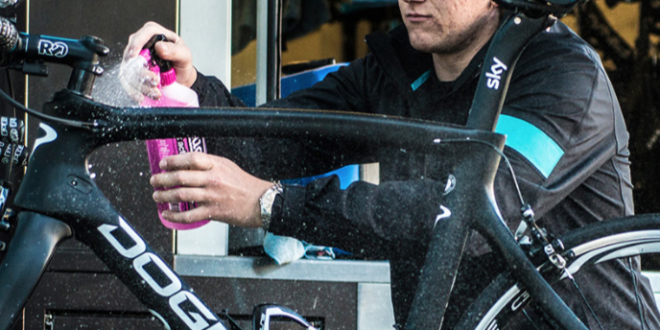 Family-owned bike care specialist Muc-Off has reported a sales growth of 32 per cent during the 2015/2016 fiscal year.

Following a record-breaking 12 months, the company has continued to see strong growth in a number of areas. Alongside the launch of 15 products at Eurobike, and additions to operations, marketing, and finance teams, Muc-Off has expanded into the US and Japan, and forecasts a continued upward trajectory into 2017.

“It’s been a fantastic year for us, particularly given the uncertainty surrounding Brexit,” said CEO Alex Trimnell. “We’re now present in over 70 territories in the world, but feel we’re only getting started. The global demand for our core product range is strong, which in turn fuels an aggressive product development roadmap. We expect 2017 to be an even bigger year for us, with significant progress made in many key markets.”

Trimnell informed BikeBiz that the company has seen such strong growth over the last 12 months due to ongoing innovation in developing cutting-edge products. “Innovation is at the heart of what we do and has been for the last 20 years that we’ve been in the business. When a customer buys something from Muc-Off, they know that they are getting their hands on something that has been tried and tested extensively by people just like them – people who live for bikes.

“2016 has also been the year when we’ve really developed all departments, with a number of strategic high-level hires to help drive the business at home and abroad. This is certainly the best team that we’ve ever had!"