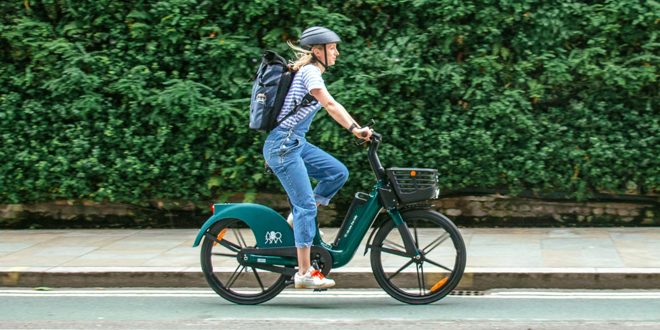 HumanForest recorded the highest ever usage of its electric bikes in London last month.

The micromobility platform said it is expecting the numbers to continue to grow, as it opens more London boroughs and launches the first of its cycle training academies.

Agustin Guilisasti, founder and CEO, said: “The huge growth in e-bike usage across London is a credit to the local councils who have worked tirelessly to bring schemes like HumanForest to their residents.

“By providing 10 minutes free daily, free parking in our virtual bays and training academies, HumanForest makes cycling accessible to everyone.”

Every week in May, over 6,000 Londoners tried HumanForest for the first time, a more than four-fold increase on the winter months. June started strongly with visitor numbers up in the capital over the Jubilee weekend and London’s tube strike, leading to double the number of trips for a normal Monday.

A recent survey of the company’s users found that environmentalism is a leading driver of usage, with 68% of users citing HumanForest’s eco-friendliness as the main reason why they opt for the company’s sustainable e-bike.

It comes as the government announced that the forthcoming Transport Bill would improve transport across the United Kingdom, delivering safer, cleaner services and enabling more innovations.

Read more: Gocycle and Ribble among winners at 2022 T3 Awards

HumanForest e-bikes operate an advertising-led revenue model, whereby consumers receive an advert from partners before and after using a HumanForest e-bike. This allows customers to ride for free for 10 minutes each day and costs £0.15 per minute thereafter.