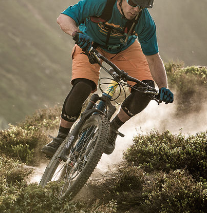 Merida Bicycles UK has announced that it will be in attendance at this year’s Scottish Cycling, Running and Outdoor Pursuits show.

The event will be held at the SECC Glasgow from Friday, March 10th to Sunday, March 12th.

The brand can be found on stand C02 with a selection of its 2017 Road, MTB and e-bikes, which will be fitted with the new performance Shimano E8000 STEPS motor system.

Merida Bicycles UK has commented that it will be the first in the UK to have this system on display and fitted to their range of e-bikes.

Both their eOne Twenty 900e and eOne Sixty 800 models were reviewed by MBR and Dirt magazine respectively, gaining positive endorsements.