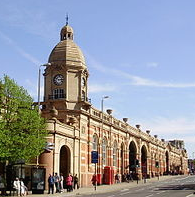 Defendants Mandy Chapple and Farook Yusuf Bhikhu were summoned to Leicester Magistrates Court for the offence of opening a car door so as to cause injury to school teacher Sam Boulton.

Ms Chapple pleaded guilty to the charge and due to her limited income was handed a £150 fine, which comprised of £80 for the offence, £40 victim surcharge and £30 in court costs.

Mr Bhikhu – who was driving the taxi Ms Chapple was travelling in – pleaded not guilty; his case will be heard at Loughborough Magistrates Court on June 5th.

Sam Boulton died following a fatal collision outside Leicester railway station on July 27th, 2016. Boulton was cycling along London Road at around 1.20pm when the passenger opened the door of a parked private hire car owned by Mr Bhikhu, causing the collision.

The Crown prosecution Service initially declined to prosecute Ms Chapple and Mr Bhikhu. Following intervention from Cycling UK and at the request of Boulton’s family, CPS was convinced to review its initial decision.

Cycling UK’s senior road safety and legal campaigns officer Duncan Dollimore said: "As the courts’ powers are limited to a maximum £1000, whatever the consequences of car dooring – be it minor or major – it is too often trivialised or dismissed as a minor offence.

“This possibly explains the reluctance to prosecute in many of the nearly 500 cases each year where a cyclist is seriously injured, or sometimes as in Sam’s case killed, as a consequence of somebody opening their car door without looking or care for those on two wheels.

“The biggest problem is that this offence is not taken seriously because of the limited penalties. Cycling UK has repeatedly pressed the Government to introduce new offences of causing serious injury or death by car dooring, with tougher penalties. It is not right or just that tragic cases, such as Sam’s, see derisory penalties handed down.

“Tougher penalties, including the option of custodial sentencing, should be an option for the court, which in turn would hopefully encourage the police and CPS to prosecute in car dooring cases.”