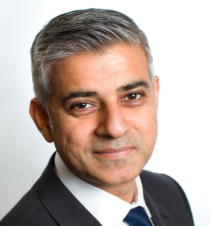 The mayor today outlined his commitment, including accelerating plans for the recently-announced pedestrian and cycle bridge linking Rotherhithe and Canary Wharf.

The plans will also be extended to include the proposed improvements to the Silvertown Tunnel, which will make it greener for both local residents and public-transport users.

Sadiq Khan commented: “It’s no secret that London has long needed more river crossings in the east. With new homes and economic growth across East London, it becomes even more important that we deliver new, greener transport links that allow Londoners to cross the river quickly and more easily.”

"We don’t want these new plans to have a damaging impact on our environment, and that’s why I’ve reviewed and improved plans for Silvertown Tunnel and why I’m pushing forward with crossings that encourage public transport, walking and cycling.”

The new pedestrian and cycling bridge featured as a key manifesto commitment from the new London mayor. The transport route will make it far easier for people south of the river to connect with Cycle Superhighway 3, and provide people north of the river with better access to the Thames Path and planned cycle routes through Southwark.

The plans to improve the Silvertown Tunnel are of specific significance due to the rising pollution levels and poor air quality in the Blackwall Tunnel. The new transport link in Silvertown has a preliminary opening date of 2023, and will be paid for via a user charge.

Gone Biking Mad to distribute Prestacycle in UK and Europe