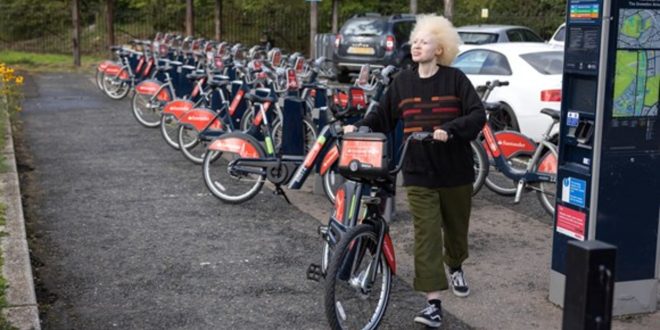 TfL and Santander have announced that e-bikes are now available to hire as part of an expansion of the scheme.

The new e-bikes have been distributed across key central London locations and can be docked at any of the scheme’s 800 docking stations. The e-bikes are serviced on street by cargo bikes.

Initially, e-bikes will be available to registered users only, for a fare of £3.30 per 30-minute ride or an additional fare of £1 per 60 minutes for monthly and annual members.

Mayor of London Sadiq Khan said: “I am delighted to see our first ever Santander Cycles e-bikes in action on London’s streets today, and to join Londoners riding these e-bikes around our city on their first day.

“Their launch is another momentous moment for cycling in London after a record-breaking year for TfL’s Santander Cycles which saw over 12.5m hires. The new e-bikes have an important role to play in breaking down some of the barriers that prevent Londoners from getting on a bike, whether that be fitness, age or length of journey.

“I’m determined to make cycling as accessible as possible as we continue building a safer, greener, more prosperous London for everyone.” 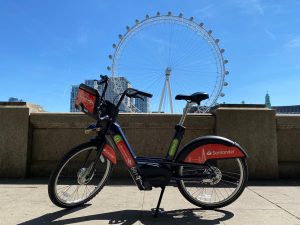 The e-bikes have been introduced to support the scheme’s continued success and financial sustainability, as part of a programme of work to modernise the cycle hire scheme, with funding agreed for the programme in 2020.

TfL has also made changes to the Santander Cycles fare tariff to support the introduction of e-bikes and to secure continued investment in cycle hire. These changes were introduced on Monday 12 September.

Dan Sherwood, marketing director, Santander UK said: “With the brilliant addition of e-bikes, Santander Cycles will appeal to a broader range of people, enabling them to take advantage of a sustainable and healthy way to travel around London.

“The cycle hire scheme is more flexible and accessible than ever before with simplified tariffs and unlimited 60-minute rides now part of annual and monthly memberships, and I’m sure it will continue to attract record numbers of cyclists.”

Read more: New leaders, a new era: The changing political landscape and what it means for cycling

David Eddington, TfL’s head of cycle hire, said: “Santander Cycles is a vital part of London’s transport system and the scheme has gone from strength to strength, with cycle hire in the capital now more popular than ever.

“These new e-bikes will help to break down some of the barriers to cycling and make it even easier to travel sustainably. Santander Cycles has played an important role in encouraging more people to cycle and we’ll continue to improve the scheme to ensure a greener and healthier future for everyone in London.”

Isabelle Clement, director of Wheels for Wellbeing, said: “We are thrilled to see the introduction of e-bikes as part of the Santander Cycles scheme. This is a huge step forward for the scheme as it opens it up to a much wider range of users.

“For example, many disabled people, including people with fatigue impairments, ride on two-wheels as they find that cycling is easier than walking but many of them need the e-assist to have the confidence to ride in traffic or to get up hills.”

Last year it was announced that Santander will continue to sponsor London’s flagship cycle hire scheme until May 2025.