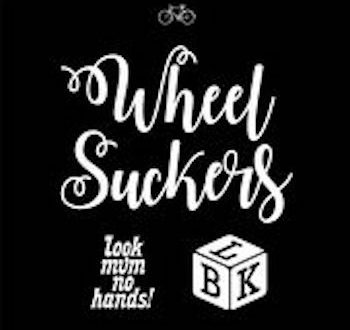 "We serve coffee, bikes and beer," says Alex Davis of Look Mum No Hands, and now podcasts, too. Davis has teamed up with London Bike Kitchen‘s Jenni Gwiazdowski to record Wheel Suckers, "a tandem podcast … about the bike scene, bike culture and bike stuff."

There have been two 30-minute episodes so far. The first aired in March and the second, broadcast last week, has talk about scheduling bike-shop Facebook posts and industry April Fool stunts.

It’s great to hear more industry podcast voices, and long may this bike shop podcast keep on entertaining listeners with its infectious laughter (the show is listed in the "comedy" section of iTunes) and industry insights.

COMMENT: Kudos to LMNH and LBK for kicking off this show. I’m a believer in the power of podcasts. I’m host of the industry-specific Spokesmen Cycling Roundtable Podcast, now on show 154 and which has been airing since August 2006. Last month this podcast was downloaded by 46,000 listeners. There’s a huge appetite for podcasts out there, and more bike shops and companies should get involved with the scene.