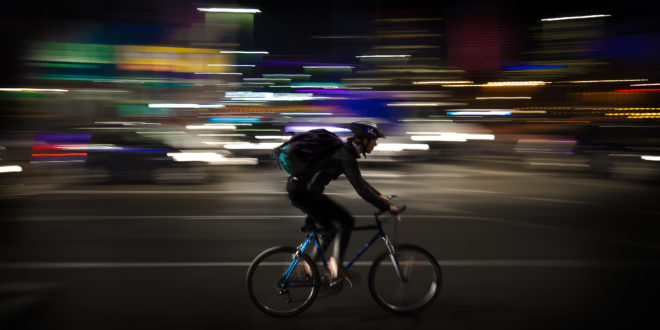 British Cycling and Welcome to Yorkshire have issued a joint response to Highways England, following its proposal to introduce a ‘prohibition of cyclists’ order on the A63 trunk road, near Hull.

The two organisations, along with Cycling Time-Trials, have called the proposal ‘deeply concerning’ in an official objection.

“Therefore, any move to ‘ban’ cyclists from any stretch of road is deeply concerning, and directly contradicts the government’s Cycling and Walking Investment Strategy – which seeks to double the number of trips cycled by 2026 – and Highways England’s own Cycling Strategy.”

The response also highlighted the potential effect on the local economy; the stretch of road in question has been used as a leading time trial course for more than 40 years, bringing cyclists and their families to the area.

Harrington and Verity continued: “Any ban imposed on cyclists would have a negative impact on the local economy, as well as people’s ability to participate in the sport ahead of a potentially hugely significant year as Yorkshire looks forward to hosting the 2019 UCI Road World Championships.”

Verity added: “After the success of hosting the Grand Depart of the Tour de France in 2014 and the subsequent annual editions of the new hugely popular Tour de Yorkshire, the county is rightly renowned as the ‘Cycling Capital of Europe’ and the negative impact of this decision will undoubtedly impact that reputation locally, nationally and worldwide.”

In proposing the ban, Highways England cited the average speed and traffic density on the stretch of road, and put forward that, ‘in the interests of road safety’, cycling should be prohibited after six accidents involving cyclists – including one fatality – in the last five years.

In response, Harrington and Verity added: “While any fatality on our roads is tragic and upsetting, this response is disproportionate to the small number of collisions involving people cycling. We have also been informed that the single fatality, which is cited was not related to speed or density of traffic – the two reasons put forward to support this order.

“The small number of collisions involving people cycling must also be put into context with the nearly 300 collisions, cited in the response from Cycling Time Trials, involving motor vehicles on the same stretch of road over the same period of time.

“If speed and density of traffic was accepted as a reason to ban cycling, cyclists would be banned from the vast majority of our roads. If approved, this approach will set an extremely dangerous precedent.”

Harrington added: “British Cycling does not, as a matter of principle, believe that the correct way to address the safety of cyclists is by banning the activity altogether, and that the successful implementation of this Traffic Regulation Order could have far-reaching implications for cycling here in the UK which are contrary to Highways England’s own Cycling Strategy.

“We believe that this response is disproportionate given the small number of collisions involving cyclists on this route, especially when there far more incidents involving just cars. We would welcome further dialogue with Highways England, Humberside Police and the local councils to work towards improving safety for cyclists, pedestrians and motorists alike.”

The public consultation is open until February 19. Responses can be submitted to jill.thornhill@highwaysengland.co.uk.