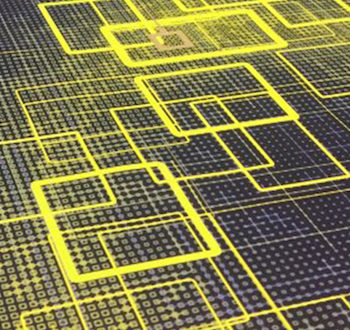 Forget nanotubes the next big bike thing could be nanofabrics

Remember when we tracked our fitness stats with a bulky Apple Watch? Ha-ha, so funny – now our jerseys measure every metric possible, and also harvest kinetic energy from our pedalling to power our smartphones. And remember saddle sores? Phoeey! Now our bib-shorts have pressure-mapping sensors that prevent heat-spots and keep us comfy automagically. And it’s hard to imagine today, but pro team jerseys used to be printed with just one sublimated graphic. How retro! Now, of course, they’re super-HD+, sport sponsor videos, and team managers and medics monitor biometrics on the fly.

Far-fetched? Not so fast. As far back as 2014, Ralph Lauren produced tennis shirts which monitored the heart rate, breathing and stress on ball boys and girls at the US Open Tennis Championships. And Google’s Advanced Technology and Projects Group has been working on a smart denim jacket for bike commuters – released in September the Levi’s Commuter Trucker jacket has conductive “Jacquard” threads woven in to the cuff, making it into a touchscreen.

The $350 jacket connects with a smartphone to offer turn-by-turn bike navigation, and can start or stop music. (It also features old-school bike-apparel tech such as hidden retro-reflective tabs and a drop-down arse flap.)

The Commuter Trucker jacket may have a clever cuff, but its connectivity comes from a Bluetooth rubber dongle which has to be removed before the garment is thrown in the washing machine. This is clunky – connected fabrics of the future will be washable, states technology analyst James Hayward of Cambridge’s IDTechEx.

“Smart fabrics will need to meet performance requirements – it’s very important that they can be washed under the conventional conditions in a normal laundry cycle so able to deal with temperature, with surfactants, and with things like ironing and so on – this requires very durable electronics. You can’t imagine throwing your smartphone into a washer or tumble dryer and then expecting it to come out working. However, that’s what we will expect from smart fabrics in the future, and that’s a significant challenge.”

Hayward told BikeBiz he was a regular sport cyclist (he measures metrics with a Garmin), but more pertinently he’s one of the authors of the Wearable Sensors 2018-2028: Technologies, Markets & Players report from IDTechEx. This predicts that within ten years a $5bn sensor market will be driving a $160bn wearable technology market.

Wearable sensors have developed in three waves, he said. The first wave included sensors that have been incorporated in wearable form for many years – think HRM chest-straps, available since the 1980s. The second wave came with the arrival of smartphones and their on-board sensors, some of which have been made small enough to migrate into garments (the Levi’s jacket is an example). The next stage is for sensors to be developed specifically with wearable products in mind. Nike, Adidas and Under Armour are investing huge sums in developing such fabrics, and smaller, more nimble brands such as Athos, Hexoskin, Lumo, Fabdesigns and Sensoria are also taking big-bucks baby steps into the wearables/connected fabrics space.

There are also fabrics being developed printed with conductive inks, and there are materials which can react to the environment.

E-textiles are already able to measure heart rate, respiration, and motion, and there’s ongoing work to make such fabrics provide heating or cooling. Naturally, use of such fabrics in sports and outdoors is dwarfed by the interest in them from medical and military interests: bed sores are big business, and so are smart bombs. Nevertheless, sports folks are very much into their tech, and before smart fabrics make it into the mainstream it’s likely they will be used first by the Strava-obsessed.

“Textiles and electronics are increasingly coming together,” said Hayward. He foresees fabrics that change colour via an evaporative process married with electroluminescence or fibre optics. And forget bulk, the smart fabrics of the future could use “direct conductive ink that can be either printed directly onto the fabric itself to make conductivity or could be printed onto a laminate structure which can then be heat-pressed on to a garment using the fabric as a substrate, or conductive polymers could be introduced to textiles to add this functionality.”

But a connected cycle jersey won’t take the place of an iPhone in the rear pocket, said Hayward.

“Whilst it is possible to build fully textile-based versions of these components it’s really much more realistic that the smartphone will be used as the interface.”

Compatibility and durability will become key concerns (yup, your connected jersey could “crash” even if you’re riding along in it).

“Screen printed textiles laminated on to a shirt or with conductive polymer parts will need to be compatible together – the inter-operability of the materials will be just as important as having durable electronics,” said Hayward. (DuPont Intexa is a screen printable ink that can be laminated to a fabric to create an electronic circuit.)

Bike-industry veteran James Lamont works in Taiwan for a hi-tech fabrics manufacturer, but he doesn’t see smart fabrics taking off in the way that some futurists have predicted.

“This is an area many brands and supply partners are monitoring hard,” Lamont told BikeBiz, “from raw polymers and electronic-sensor providers, through yarn, fabric knitting and weaving, to finished garment manufacturers and brands, especially in sport.”

Lamont is the Senior VP of Innovation and R&D at Fu Hsun fabrics. (He used to work with the Adidas Innovation Team working across many different sports, but his interest is predominantly cycling. In the early 1990s, he worked for Raw Experience of Edinburgh, the then importer of Clif Bars and other niche brands.)

“At Fu Hsun, we are working hard to stay at the centre of this, and we keep developing and trying new ideas. There have been a lot of changes and steps forward, while at the same time approaches and technology solutions remain, sadly, where they were more than ten years ago.”

He adds: “Generally, the electronics industry, especially in mobile phone technology, has been smarter in sharing IP and patents, cross licensing and sharing, which other industries like clothing and hardgoods struggle with an often complex supply chain, with multiple partners, and less experience of this cross licensing. So, there is still no real stand out product which really changes peoples’ sports experience and performance.”

In short, there is yet no burning consumer desire for connected fabrics, although some might then point to the supposed but apocryphal Henry Ford quote: “If I had asked people what they wanted [before cars], they would have said faster horses.”

There could also be downsides. Connected fridges are the butt of jokes, as are other “Internet of Things” devices, and, really, how sensible will it be to wear graphene or lithium-ion powerpacks next to the skin? There are also eco-concerns – will smart garments be recyclable?

If manufacturers can design out these downsides there might be a bright future for smart fabrics.