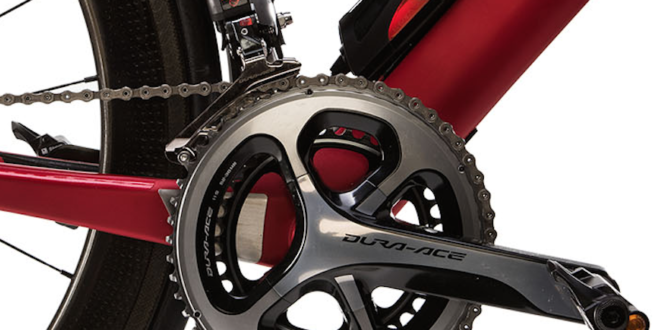 Flaér has announced that its Revo Via chain performance system is now sold through a limited number of UK-based retailers, following a reportedly well-received introduction by its distributor Oxford Products to the IBD network.

International partners continue to sign up to distribute the brand, with imminent announcements expected for the US, Australia and New Zealand.

The Revo Via is the world’s first chain performance system for road bicycles – it applies small amounts of the specially developed Via Fluid to the chain at set time intervals while the user rides. The non-sticky fluid lubricates without build-up. The fluid can be washed with water, allowing the transmission to be cleaned.

Flaér’s parent company is Scottoiler, a business with 30 years’ experience in motorcycle-chain performance. The Revo Via was designed in collaboration with Edinburgh Napier University Sports & Exercise Scientists. Tests have shown that using the system can save up to 12 watts per ride.

A World Tour pro team will be using the system in races next year, said Flaér. There will be a further report on the system in the next print edition of BikeBiz.