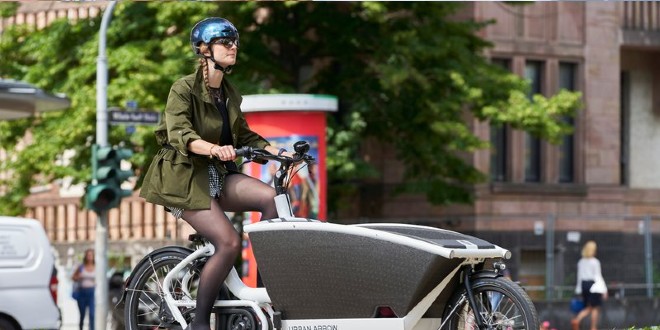 Eurobike to include cargo bike area with 32 specialists

Eurobike 2019, from 4th to 7th September, will have a special cargo bike area with 32 specialists.

“In 2012, when we were one of the first manufacturers to have an e-cargo bike in our model range, there was still no discernible growth market for many people. Since then a lot has happened. As we offer the right cargo bike for every application, we are recording a high rise in our sales for the cargo segment every year,” said Jörg Lange, head of communication at Riese und Müller.

In 2018, the German Cycle Industry Association (ZIV) included cargo bikes as a separate category in its market figures for the first time and recorded a market share of 4% for this segment within the e-bike market. This corresponds to sales of some 40,000 e-cargo bikes in Germany, which typically range in price from 4,000 to 8,000 euros.

“According to our observations, cargo bikes, particularly those with an electric drive, are one of the fastest-growing product categories in the German bike market,” said ZIV spokesman David Eisenberger.

A large number of the special suppliers at Eurobike are located in Hall A1 of Messe Friedrichshafen and, at 32 exhibitors, their number is up on the previous year (24). 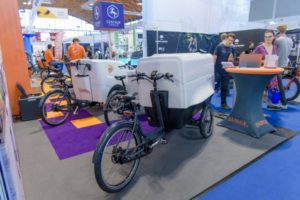 Eurobike show director Dirk Heidrich said: “The roots of Eurobike in the early nineties lie in what was then the young MTB segment, which at the first Eurobike events openly expressed its unbridled desire for innovation and frequently some unconventional solutions as well. In many aspects, the cargo segment is reminiscent of the atmosphere of change at that time.

“Here too there are many very innovative players in the market who initially started on a small scale with a product that has now developed thoroughly successfully beyond the niche.

“We are delighted that, through Eurobike, we are able to offer the cargo bike scene the international and prominent stage that this exciting market segment deserves.”

Eurobike 2019 will open to trade visitors for three business days, 4th to 6th September, followed by Festival Day on 7th September. You can read more about the show in our August edition of BikeBiz.