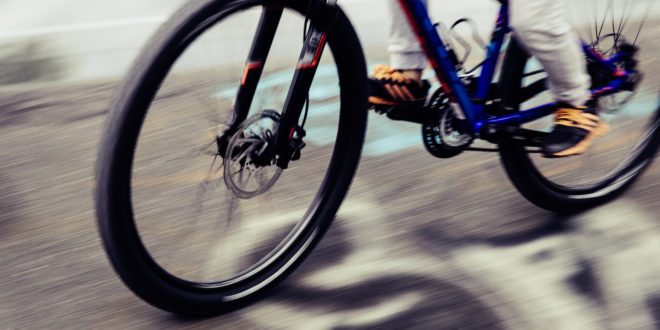 The government is expected to announce a new offence of causing death by careless or dangerous cycling this week. This follows last September’s mainstream media feeding frenzy over the rare and exceptional Charlie Alliston case.

Matthew Briggs lost his wife Kim when she was involved in a road traffic incident in London in 2016. She died a week after being hit by fixie rider Charlie Alliston, whose bicycle didn’t have a front brake, making it illegal for use on the public highway. Late last year, Alliston was sentenced to 18 months in youth detention after being convicted of the 1861 offence of "wanton and furious driving".

After his wife’s death, Briggs launched a social media campaign to get cycle retailers to only sell legally-compliant bicycles, and for the government to add cyclists to the existing law against causing death by careless or dangerous motoring.

In 2015, two pedestrians were killed in Britain after being hit by cyclists; in the same year motorists killed 409 pedestrians.

Despite this disparity, the government announced a two-pronged cycle safety review in September last year.

Transport Minister Jesse Norman said at the time: "It’s great that cycling has become so popular in recent years, but we need to make sure that our road safety rules keep pace with this change.

"We already have strict laws that ensure that drivers who put people’s lives at risk are punished but, given recent cases, it is only right for us to look at whether dangerous cyclists should face the same consequences.

"We’ve seen the devastation that reckless cycling and driving can cause, and this review will help safeguard both Britain’s cyclists and those who share the roads with them."

The first phase of the government’s review – said to have been carried out by an independent consultant – analysed the case for creating a new offence equivalent to causing death or serious injury by careless or dangerous driving. It’s this part of the review, according to today’s Daily Mail, that is expected to be announced this week.

The second phase is a wider consultation on road safety issues relating to cycling. This involves a range of road safety and cycling organisations, as well as the general public, and will consider different ways in which safety can be further improved between cyclists, pedestrians and motorists. It will consider the rules of the road, public awareness, key safety risks and the guidance and signage for all road users.

"If there is a wider debate about road safety on [our] imperfect roads that we can make it work for all road users, that has to be a good thing," Matt Briggs told me in a frank and open podcast interview broadcast last year. In an earlier podcast, blogger Bez, Caspar Hughes of the Stop Killing Cyclists campaign group and cycling barrister Martin Porter QC raised their concerns over the Alliston case and the likely government response to it.

"There’s an angry discourse out there," said Briggs last year, "and if that is translated out there on the road we’re never going to get anywhere. By calming it down, by not shouting at each other, we can get the progress that I want to see and we can also make the progress others want to see."

He has seen today’s report in the Daily Mail – which, similar to the law that applies to motorists, says cyclists could be given life imprisonment in future cases of "death by careless or dangerous cycling" – but he is not yet celebrating a victory for his campaign. “I’d prefer not to make any comment at this stage, because I simply don’t want to speculate and would therefore prefer to wait until the official publication," he told BikeBiz.

Transport minister Norman tweeted: "Important to be clear that press reports today are speculative and in some cases misleading. I would encourage people to wait for the review itself."

Cycling UK believes any announcement of a law change would me merely "tinkering around the edges" of road safety, and instead the government should introduce its long overdue  road-safety review.

Perhaps the families of the three teenage boys killed by a speeding, drunk driver as they waited for a bus to a birthday party would like a change in the law. But it won't happen, as motor vehicles killing people on the pavements is normalised.

Cycling UK’s head of campaigns Duncan Dollimore said: "The way in which the justice system deals with mistakes, carelessness, recklessness and deliberately dangerous behaviour by all road users hasn’t been fit for purpose for years.

“Adding one or two new offences specific to cyclists would just be tinkering around the edges, when what’s needed is a full review of all road traffic offences and penalties, something the Government promised back in 2014 but have yet to deliver.

“If they’re serious about addressing behaviour on our roads that puts others at risk they should grasp the opportunity to do the job properly, and conduct the holistic review that’s long overdue, rather than attempt to patch up an area of legislation that’s simply not working."