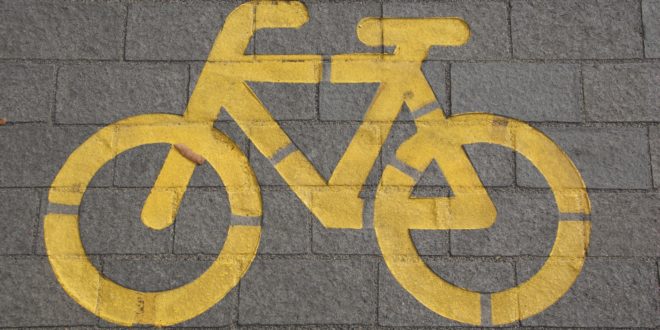 Cyclists on the Leeds-Bradford Cycle Superhighway have been able to ride through the recent cold weather thanks to the new way of keeping the superhighway clear of snow and ice.

Response from the cyclists using the route has been overwhelmingly positive. Compared with similar cycle routes across the country, the award winning CityConnect route has performed very well, staying clearer than routes in other cycle cities such as London and Amsterdam.

The project, funded by the West Yorkshire Combined Authority, has worked with Leeds and Bradford councils to develop the effective way of retaining cycling as a viable option in bad weather. Hundreds of cycling trips have been recorded despite the worst weather in years.

Deputy chair of the Transport Committee Cllr Eric Firth commented: “Use of the Cycle Superhighway has remained strong through the cold weather, demonstrating that cycling is a resilient part of our transport network. The use of specialist de-icing technology shows our commitment, and that of our partner councils, to ensuring cycling is as safe as possible in all weathers and we are ready to pass on our expertise to other parts of the country”

The potassium acetate is delivered by mini tractors that are narrow enough to fit down the superhighway. It’s the preferred solution for keeping runways clear, and has the added benefit of being kinder to the environment than regular salt. Regular grit cannot be used on the superhighway as it requires the weight of motor vehicles to crush the crystals to be effective. Other authorities are interested in the effectiveness of West Yorkshire’s solution and have been in touch to replicate this method.

“One of the concerns raised by cyclists in the consultation phase of the Cityconnect project was whether the cycleway would be cleared in bad weather. Therefore, it is very encouraging to see the cycleway being cleared of ice and snow during the recent cold snap,” concluded the chair of the Leeds Cycling Campaign Martin Stanley.