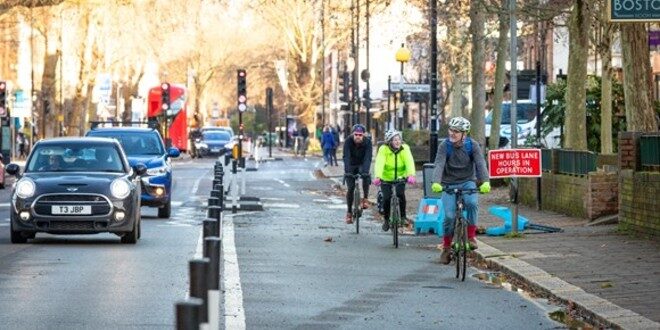 TfL has published casualty statistics that show a continued decline in the number of people killed or seriously injured on London’s roads in 2020, with a 21% decrease over the year compared to 2019 data.

Despite the decreases, 96 people were killed and 2,974 people suffered serious injuries on the capital’s roads.

Last year saw significant changes to people’s travel habits as the capital was placed under COVID-19 restrictions and people made fewer public transport journeys in line with Government advice. Many more people walked or cycled for their journeys compared to 2019, with an estimated 46% increase in the number of kilometres cycled compared to 2019.

TfL has worked closely with the boroughs since the start of the pandemic to create the extra space needed for people to walk and cycle safely. While there was a 12% increase in the number of people killed or seriously injured cycling, the estimated overall risk to people cycling decreased, with six deaths recorded per billion kilometres cycled, compared to eight in 2019. The estimated risk of being killed or seriously injured while cycling fell by 24% over the year. Fewer people were also killed while walking in 2020, with a 34% reduction compared to 2019 data.

Motorcyclist deaths remained at the same number (31) from 2019 to 2020 and people riding motorcycles represented a quarter of all people killed and seriously injured on the roads. TfL has recently launched a campaign to urge riders and drivers to watch out for each other with the aim of tackling the high numbers of people involved in these collisions.

Cars were involved with 66% of all collisions resulting in death or injury, up from 62% in 2019. Speeding remains the biggest risk to road users and the Met Police recorded increases in traffic speeds during lockdowns in 2020, dealing with 270,000 speeding drivers over the year with 160mph detected as the highest speed. Over the last year, the TfL and MPS funded Roads and Transport Policing Command (RTPC) at the Metropolitan Police Service has intensified patrols on 20mph and 30mph roads in response to increases in speeding delivering a 70% increase in the number of drivers caught for speeding on London’s roads. The number of drivers caught by speed cameras has also increased by 50%.

In addition to the record-breaking growth seen in London’s cycle network over the past five years, with 260km of safer, high-quality cycle routes delivered by TfL and the boroughs, TfL has continued to work on its Safer Junctions programme to make life-saving changes at some of the capital’s most dangerous and intimidating junctions. To date, TfL has completed work at a total of 42 junctions, with construction expected to start on more schemes later this year, including Battersea Bridge/Cheyne Walk and York Road roundabout. 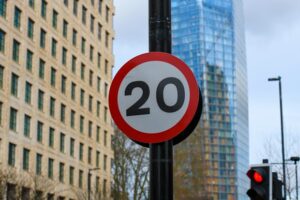 Speed limits have also been reduced to 20mph on a number of TfL roads across the capital. All TfL roads in the central London congestion charging zone are now 20mph, with 15km of roads in total reduced to 20mph in 2020 alone. TfL will begin a consultation next month into reducing the speed limit to 20mph on the remaining TfL roads in Westminster and to introduce a permanent 30mph speed limit on the A40 Westway in Westminster. By March 2022, TfL plans to lower the speed limit on a further 25km of its road network across London where road danger risk is highest.

“Walking and cycling has boomed during the pandemic, and the work we’re doing to make London’s roads safer is having an effect, with the lowest number of road deaths in London on record last year,” said Will Norman, London’s walking and cycling commissioner.

“However, any tragic death from a collision is one too many, and there is still an unacceptable risk for many road users, particularly from cars. This highlights the importance of a green, sustainable recovery from the pandemic. We will continue to work with TfL, the police and the boroughs to better embed our Vision Zero strategy into every decision we make, making it easier and safer for people to walk and cycle around our city.”

Lilli Matson, TfL’s chief safety health and environment officer, said: “Last year saw the lowest number of road deaths in London on record, but we know that we cannot slow down on our Vision Zero goal of eliminating death and serious injury entirely. While it is encouraging to see the risks to some of our most vulnerable road users fall, including people walking and cycling, we know that risks for others including people riding motorcycles remain far too high.

“We’re calling on everyone across London to continue to look out for each other on the roads, as safe behaviours can save countless lives and prevent people in communities across London from experiencing the unnecessary suffering that collisions on our roads cause.”