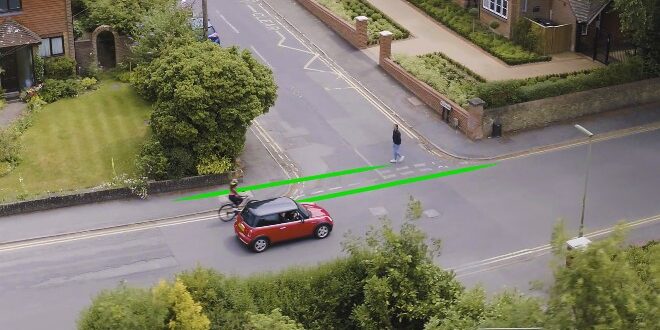 Cycling UK is calling on Britain’s cyclists to support ten key changes to the code to make cycling safer, following the Government’s new consultation on the Highway Code launched earlier this week.

The ten changes include clearer guidance on overtaking cyclists (Rule 163), advice on the use of the Dutch Reach to prevent car-dooring, and clarification that groups of cyclists can cycle two abreast (Rule 66).

Other proposals include improving safety at junctions by making it clearer who has right of way and introducing a hierarchy of responsibility for different road users.

Cycling UK has produced a short film which shows why a simple rule change on priority at junctions is needed, bringing Britain in line with rules common across Europe. Whether you’re cycling, driving or walking – whoever is going straight ahead has right of way.

The cycling charity, along with Living Streets and transport expert Phil Jones, has worked to influence the changes in the Department for Transport’s new consultation for over a year, and believes the changes proposed are ‘vital and long overdue’.

Duncan Dollimore Cycling UK’s head of campaigns, said: “We’ve been waiting for more than a decade for revisions to the Highway Code giving greater consideration to people cycling, and these ten key changes to Highway Code will make cycling safer.

“This hasn’t happened overnight. Back in 2018 more than ten thousand of Cycling UK’s members and supporters backed our call for these Highway Code changes in response to the Government’s cycle safety consultation. That support got us a seat at the discussion table – and together with our partners, we’ve made sure we have draft proposals which will improve cycle safety.

“The struggle to make the roads safer for everyone is not done – we need these proposed changes to be approved and make it into the new Highway Code. Cycling UK would call on everyone who supports safer roads for cycling to support the changes by heading to www.cyclinguk.org/highwaycode.”

The full list of ten key changes is outlined below:

Hierarchy of responsibility
Junction priority
Overtaking rules
Opening car doors
Rule 66 – group riding
Rules 67,72, 213 – Road positioning.
Rule 140 – priority at cycle tracks, and that cyclists don’t have to use them.
Rule 151 – allowing pedestrians and cyclists to cross in front of you in slow-moving traffic.
Rule 178 on Advanced Stop Lines
Rule 186 – drivers to give priority to cyclists at roundabouts