Thousands of miles of new protected bike lanes, cycle training for everyone and bikes available on prescription will be rolled out under new plans to overhaul cycling and walking in England launched by Prime Minister Boris Johnson.

The new plan aims to build on the significant increase in the number of people cycling during the pandemic. It sets out a long-term vision to increase active travel and embed the benefits of walking and cycling into how we live, work and get around.

Alongside the launch of the strategy, the first batch of bike repair vouchers worth £50 will be released later tonight to the public in a pilot scheme to encourage thousands of people to get back into cycling.

Vouchers will be released in batches in order to help manage capacity across participating stores. The first 50,000 will be available just before midnight tonight on a first come first served basis to those who register online. The Government will work closely with industry during this first pilot launch to monitor its success and adapt the scheme as necessary before rolling it out more widely.

“From helping people get fit and healthy and lowering their risk of illness, to improving air quality and cutting congestion, cycling and walking have a huge role to play in tackling some of the biggest health and environmental challenges that we face,” said Johnson.

“But to build a healthier, more active nation, we need the right infrastructure, training and support in place to give people the confidence to travel on two wheels. That’s why now is the time to shift gears and press ahead with our biggest and boldest plans yet to boost active travel – so that everyone can feel the transformative benefits of cycling.”

Transport secretary Grant Shapps said: “We’ve got a once in a lifetime opportunity to create a shift in attitudes for generations to come, and get more people choosing to cycle or walk as part of their daily routine. The measures we’ve set out today in this revolutionary plan will do just that. No matter your age, how far you’re travelling, or your current confidence on a bike – there are plans to help and support you.

“By helping to fix your bike – or get an electrically powered one; by increasing storage space at stations, on trains and buses; and by introducing more ways to keep pedestrians and cyclists safe, we’re making it easier than ever to make active travel part of your daily life, and leading England to become a great cycling nation.”

Cycle training will be made available for every child and adult who wants it, accessible through schools, local authorities or direct from cycle training schemes. More cycle racks will be installed at transport hubs, town and city centres and public buildings, and funding will go towards new bike hangars and on street storage for people who don’t have space to keep a bike at home.

The commitments in the plan, which will be funded by the £2 billion of new money announced earlier this year for walking and cycling, also include:

– Transforming infrastructure through building thousands of miles of protected cycle routes in towns and cities; setting higher standards for cycling infrastructure, to be overseen by a new inspectorate; and improving the National Cycle Network

– Making streets safer by consulting to strengthen the Highway Code to better protect pedestrians and cyclists, improving legal protections for vulnerable road users, raising safety standards on lorries, and working with the police and retailers to tackle bike theft

– Supporting local authorities by empowering them to crack down on traffic offences, and consulting to increase metro mayors’ powers over key road networks

– Helping people live healthier lives by piloting a new approach in selected places with poor health rates to encourage GPs to prescribe cycling, with patients able to access bikes through their local surgery

– Increasing access to e-bikes by setting up a new national e-bike programme, to help those who are older, have to travel long distances or are less fit to take up cycling

New, higher standards for cycling infrastructure have also been published in updated guidance, in order to make sure that schemes are better designed around cyclists’ needs and to make sure they can support a larger number of cyclists in the future. These higher standards will make clear that schemes which consist mainly of paint, which make pedestrians and cyclists share the same space, or which do not make meaningful change to the status quo on the road, will not be funded. These standards will be overseen by a new inspectorate, Active Travel England, which will be responsible for the cycling budget and help make sure schemes are compliant with the new standards.

Tom McPhail, director of public affairs, Pure Electric, said: “There are some tens of millions of bicycles in sheds and garages across the country, and the voucher scheme limited to the first 50,000 applicants. So anyone wanting to apply for a voucher would be well-advised to stay up tonight and be ready to hit the button as soon as it goes live; this is likely to be a case of ‘blink and you’ll miss it’.

“It’s great news the Government is not just committing hard cash to encourage cycling but is also helping people to use the bikes they already own. With its new cycling and walking vision document, the Government is clearly serious about changing our transport habits. There is still more it could do though. Government spending on cycling and micromobility infrastructure is a drop in the ocean compared to its overall transport budget, before you even get on to the tens of billions it’s spending on HS2. It could also be looking at schemes like car scrappage in exchange for e-bike vouchers, to encourage households to give up their second car.”

Xavier Brice, CEO of Sustrans, said: “This announcement, hot on the heels of the new obesity strategy, marks a big step forward by the UK Government, and one which is warmly welcomed by Sustrans. By helping more people to leave the car at home for shorter journeys, this package of measures will cut pollution, tackle the causes of poor health, and improve the safety of our streets.

“Making sure cycling and walking is at the heart of all planned new developments from the start, including properly linking routes to public transport, is a big part of realising the potential of healthy, liveable neighbourhoods for generations to come and opening up access to vital services on foot or by cycle for everyone.”

Dan Jarvis, Mayor of the Sheffield City Region, said: “I welcome the Government’s announcement to boost access and provision for walking and cycling. It has been my long-held belief that we need to do more to both improve and enable active travel and invest in the health, happiness and wellbeing of our people. That’s why in 2018 I put active travel at the heart of my transport vision, and last year, I appointed Dame Sarah Storey as my active travel commissioner. I also ensured that we invested more than half of the £166 million of Transforming Cities Funding in improving walking and cycling infrastructure across South Yorkshire.

“South Yorkshire stands ready to play a leading role in improving the health of both our residents and the nation. We’re home to the English Institute of Sport and to Sheffield Hallam University’s world-leading Advanced Wellbeing Research Centre which is one of the most advanced research centres in the world. The research carried out here will help people lead more healthy and active lives.”

Dame Sarah Storey, active travel commissioner for the Sheffield City Region, added: “I welcome the new momentum from the Government announcement, and we’re poised to deliver a network of active travel routes and neighbourhoods that will allow the transformation of South Yorkshire. It has taken the tragic consequences of a global pandemic to illustrate exactly how increased levels of active travel can benefit us all and highlight that we simply cannot afford to ignore its benefits, for our communities now and the next generation.

“It’s heartening to see that the Prime Minister has listened to our calls of seriously considering the benefits of walking and cycling as part of the easing of lockdown after Mayor Dan Jarvis and I wrote to him in May. Last month, we published our 2040 plan for more than 1,100 km of high-quality active travel routes. This was a milestone that reinforced the cooperation and determination of all local authorities and partner organisations, to deliver the changes that the Prime Minister’s announcement now sets out.

“Building activity back into people’s lives won’t just ensure they are less likely to suffer ill-health, but it will also create a stronger and more resilient workforce with higher levels of productivity, which could strengthen and protect the country for years and decades to come.”

Councillor Kim Groves, chair of the West Yorkshire Combined Authority’s Transport Committee, said: “We welcome the publication of the new cycle design guidance and the Government’s plan for future investment. This will help us build on the significant progress we’ve already made to enable more people to travel by bike and on foot, and plan to make in the future through our £317 million Transforming Cities Fund announced earlier this year.

“Emerging information is showing we need to increase both cycling and walking trips by at least 2,000% and 78% respectively to achieve our aim of becoming a net-zero carbon economy by 2038. Long-term, sustainable and flexible Government funding is absolutely vital in helping us meet these ambitions, as well as building on our existing programme of Mini-Holland schemes.

“Encouraging increasing numbers of us to consider cycling and walking is more important than ever as we look to address the health, transport and economic challenges created by the COVID-19 pandemic. From connecting people across our region, to reducing air pollution and congestion, and combatting physical inactivity and obesity, we know increasing the numbers of people choosing to travel by bike or on foot has a vital role to play in making West Yorkshire a great place to live, work and play.” 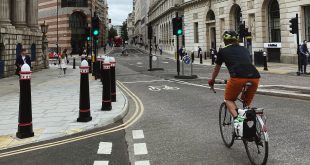 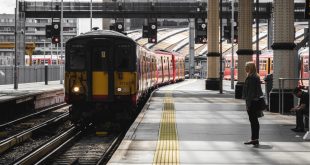