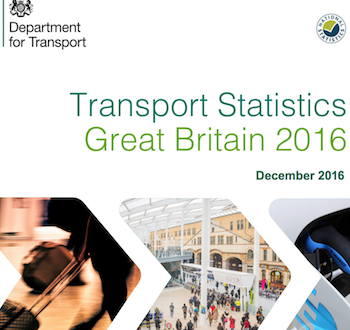 The Department for Transport has released its latest set of how-we-travel stats. Ccycling remains stubbornly at a modal share of two percent, although some cities – such as Cambridge – see much higher cycling levels, as they have done for the best part of 100 years. Transport Statistics Great Britain 2016 reveals what many of the DfT’s previous statistical reports have revealed: that cycling as an everyday form of transport is not increasing nationally.

One percent of trips to and from school are cycled by 5 to 10-year-olds and this rises to just two percent among 11 to 16-year-olds.

The DfT’s cycling and walking datasets make for uncomfortable reading.