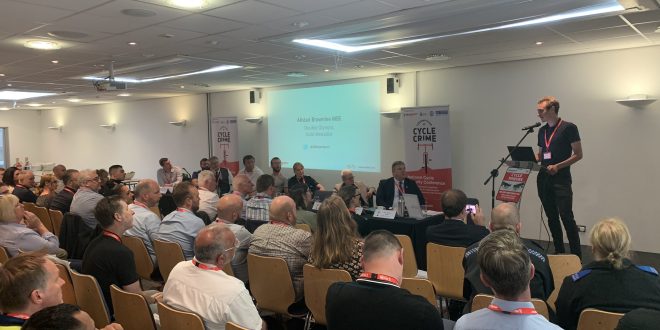 This year’s National Cycle Crime Conference, hosted by national cycle database BikeRegister, was held across two venues, one in Bristol and one in Leeds, with a wide variety of guest speakers delivering speeches.

The two events were supported by Avon and Somerset Constabulary and West Yorkshire Police respectively. Chaired by Andy Gregory, former West Midlands Police Sergeant, the conference included speeches from double Olympic gold medallist Alistair Brownlee, who is also a partner of and brand ambassador for BikeRegister.

Brownlee spoke in his hometown of Leeds about the work he has been doing with BikeRegister: “I believe cycle theft is one of the main barriers we need to overcome to encourage people to travel by bike, so I was keen to work with BikeRegister because it is key to giving people confidence.

“It’s clear that stolen bikes are rarely reunited with their actual owners unless they have been marked. Marked bikes are also 83% less likely to be stolen in the first place.”

Other speakers across the roadshows included Inspector Titus Halliwell from the Met Police who spoke about the impact that civilian volunteers are having on tackling cycle theft. Also from the Met was DCI Alison Foxwell, who explained how two-wheel-enabled robbery is being tackled in London, as well as talking through lessons from handling the transition from crime being carried out on mopeds to pedal cycles and e-bikes.

Sam Hobbins, a crime intelligence analyst from Opal, talked about emerging trends in cycle crime and how delegates can learn from them to turn the tide in their own communities.

Delegates also heard from Thomas Gilmour from the British Transport Police and Zoe Kasiya of Cycle of Good UK who are working together to repurpose abandoned bikes to transform disadvantaged communities in Malawi.

The need for consistency when testing products was explained by Justin Freeman of Sold Secure so that police know if a security product really works. Professor Neil Barron of LiteLok then briefed delegates on the latest innovations in lock manufacturing.

Police Scotland was represented by T/Sgt Ted Zokas who spoke about the ‘massive-scale’ and highly effective work he is leading across Glasgow to help prevent cycle crime, while Sergeant Janie Harman and PC Sam Campbell discussed their use of surveys, development reviews, and bike marking in the effort to drive down cycle crime in Edinburgh.

Other police speakers included Tricia Tout from Avon and Somerset Police who spoke of the importance of embedding bike registering as daily police business, and PCSO Julian Whitehead who talked about the reintroduction of bike marking against bike theft by Greater Manchester Police.

Chief crime prevention officer Dawn Wilkinson of West Yorkshire Police revealed that they have recovered more than 5,500 bikes and explained how tackling the payoff for bike thieves can be an effective tactic in driving down cycle crime.

Wayne Young and Scott McLean of Just Eat briefed delegates on the way the company protects both its couriers and its assets and had positive words to say on the opportunity to network with police forces from across the country that the conference provided them. In Leeds, Richard White and James Dunn of BackPedal discussed some of their bike tracker case studies.

Supt Mark Cleland, the national bike crime lead at British Transport Police, was unable to attend due to Covid, but James Brown, BikeRegister MD, delivered Cleland’s update along with his own, sharing the latest news from BikeRegister. The BikeRegister database now contains almost 1.2 million bike registrations, and over 1 million users. 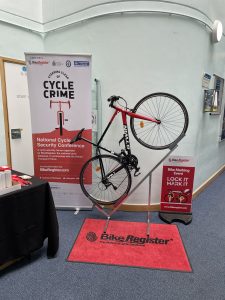 Brown discussed the impact that bike marking makes, and confirmed that bike recoveries linked to BikeRegister are up by 17.5%. New features being offered by BikeRegister include a Stolen Bike listings page, and an app that over 3,000 police officers from across 39 police forces are now using, which makes the registration of bikes easier at bike marking events and enables recovered and stolen bikes to be checked by officers on the spot on police mobile devices.

The BikeRegister app, which is available to download for Android devices from Google Play, is also available to retailers and members of the public to register bikes.

Brown said: “We are so grateful to Avon and Somerset Constabulary and West Yorkshire Police for their support in bringing the conferences to Bristol and Leeds, and to the excellent speakers we had during the week.

“The National Cycle Crime Conference remains a vital event for the police and other individuals interested in reducing cycle crime, to attend, network with like-minded professionals, and ultimately make it hard for criminals to steal bikes and e-bikes.” 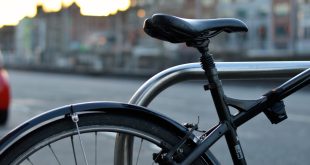 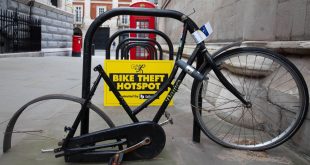