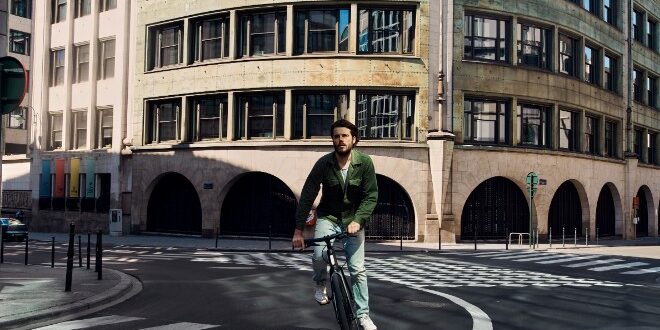 Currently available in beta for 1,000 users, the “industry-first” feature will be rolled out to all Cowboy 2 and Cowboy 3 riders by the end of September at no charge.

Using sensitive built-in sensors combined with GPS signal tracking, the bike communicates with the Cowboy app to detect a fall. If an accident occurs and the rider doesn’t confirm they’re fine within 60 seconds, Cowboy alerts the rider’s emergency contacts (up to two) to check-in and offer help, while sharing the real-time rider position.

The Cowboy bike is also equipped with a SIM card that is independent from the phone and will work in ‘every scenario’, e.g. if the phone is damaged in a crash. This allows Cowboy to notify the emergency contact(s) without having to rely on the user’s phone.

The Crash Detection feature was created as a result of first-hand experience. Last year, Cowboy’s co-founder Tanguy Goretti had an accident with his bike. “The road was icy and visibility was limited,” he said. “I crashed after the first turn and glided for at least five metres. Luckily, there were people nearby to make sure I was okay and to help me and my bike off the street.” Goretti’s accident only resulted in a few bruises and scratches, for him and his bike.

“In Europe, most serious accidents occur just outside urban areas,” he continued. “In that scenario, you don’t always have someone to help and you might be left for a long time awaiting assistance. That’s how the idea for Crash Detection was born.”

Previous Rondo launches 2021 collection
Next How has search interest for cycling disciplines changed over time?