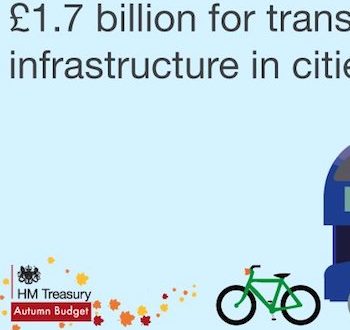 Chancellor’s budget has a bike icon in it, but …

Philip Hammond’s Autumn 2017 Budget features a bike pic. But don’t get too excited.

The image has been tweeted out by HM Treasury. It’s on the news about the new Transforming Cities Fund, previewed on BikeBiz at the start of the week. Today’s budget reveals a few more details about this £1.7bn fund. (Much of the cash is recycled from earlier statements, of course.)

It is to "support intra-city transport, will target projects which drive productivity by improving connectivity, reducing congestion and utilising new mobility services and technology."

Reducing congestion, hey? Yesterday the roads minister Jesse Norman said cycling did just that, and, for emphasis, he even said it twice.

The budget also said the government would provide an additional £45m in 2017-18 to tackle around 900,000 potholes across England.

On the retail front the chancellor said the government will base business rates increases on the CPI index rather than RPI two years earlier than planned.

The change will now occur in April 2018. Hammond said this would save businesses £2.3bn over the next five years.

Hammond added that following the upcoming business rates revaluation, future valuations will take place every three years, rather than every five.

The chancellor also announced that all of the business rates in London will be retained for use in London. This scheme will be trialled next year.