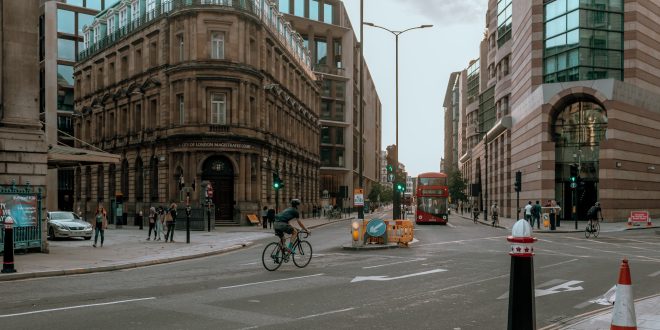 Business groups and cycling advocates have joined forces to call for an expansion to the Cycle to Work scheme.

This would unlock access for workers earning at or near national minimum wage (NMW) and the self-employed. The call, which has been sent to the Chancellor Rishi Sunak, has been backed by groups including the Co-Op, Federation of Small Businesses and British Cycling.

Millions of people have participated in the Cycle to Work scheme to benefit from savings on the cost of a new bike and cycling equipment, as well as the ability to pay the cost off over a longer period. However, the scheme guidance in place and rules around NMW currently prevent the self-employed and those on low incomes from participating.

“The rising cost of living is increasingly putting a strain on society,” the letter stated. “In particular, the least well paid in our communities are feeling the effects of soaring inflation to a greater extent than those on higher wages, with the rising cost of commuting only adding to their concern.

“They often have no option to do their job from home and are forced to commute to a place of work. The Cycle to Work scheme has the potential to open up equitable access to cycling and provide a cost-effective solution for many workers within this group. The scheme is a proven mechanism at getting more people cycling, and we believe those on the lowest incomes should benefit too.”

A survey undertaken by the Cycle to Work Alliance in 2021 found that a third of employees who had not previously participated in the scheme said this was because their income was too low, which prevented them from participating. A further 1 in 10 of these said it was because they were self-employed, meaning they could not access the scheme.

“Self-employed workers represent more than 13% of the labour market in the UK and are, at present, excluded from the scheme,” the letter continued. “As the number of self-employed workers is expected to grow, the need for the Government to open up access to the scheme for these workers becomes more important.”

Paul Caudwell, health wellbeing manager at the Co-operative Group, said: “We’re co-operating for a fairer world which includes doing what we can to make things fairer for our colleagues. The current legislation surrounding cycle to work schemes prevents us from giving our lower-paid keyworker colleagues access the same level of financial incentive, using a salary sacrifice arrangement, to use our cycle to work scheme.

“I believe that the legislation must change to allow a salary sacrifice arrangement to be able to reduce pay below the National Minimum Wage. This would make the incentives for using a salary sacrifice scheme more equitable for all of our colleagues and increase take-up of our cycle to work scheme.”

The changes have also received backing from Labour’s shadow ministerial team. Gill Furniss MP, Shadow Roads Minister, has voiced her and the Labour Party’s support for the changes to the Cycle to Work scheme.

“The Cycle to Work scheme has been shown to make bikes more affordable and accessible to a wide range of people,” she wrote. “They have a proven track record of encouraging those who have not cycled before to take up active travel.

“This delivers such a wide range of benefits, including improving people’s physical and mental health, improving air quality and easing congestion on our roads. There is no path to net-zero without green transport and it is vital Ministers do more to encourage people to cycle to work, increase access and take-up of this popular scheme.”

During the pandemic, the scheme played a particularly important role in getting more people cycling to work. Between March and September 2020, Alliance members saw an increase of nearly 60% in new scheme joiners compared to the same period in 2019.

The scheme has played a key role for key workers in particular throughout the pandemic. In the capital alone, London Ambulance Service saw a 111% increase in new scheme participants in 2020 from the previous year. New scheme joiners were also up 67% in the Metropolitan Police, and 47% among Transport for London’s (TfL) workforce.

The Alliance, formed of the five largest providers of the Cycle to Work Scheme (Cyclescheme, Cycle Solutions, Evans Cycles, Halfords and Vivup), published its policy report in 2021, which highlighted why changes to the scheme were needed to open it up to lower earners and the self-employed.

As part of steps to protect workers who opt to take their pay below NMW by joining the scheme, Alliance members will introduce a series of ‘safeguarding mechanisms’ to ensure the process remains clear and transparent.

The letter, coordinated by the Cycle to Work Scheme Alliance, has been sent to Sunak, with Trudy Harrison MP, Cycling Minister at the DfT, Paul Scully MP, Minister at the Department for Business, Energy and Industrial Strategy and Lucy Frazer MP, Financial Secretary to the Treasury, in copy.

The full list of signatories includes British Cycling, Chartered Institute of Payroll Professionals, Co-operative Group, Cycling UK, Federation of Small Businesses, Forum of Private Business, The Association of Independent Professionals and the Self-Employed, and the Cycle to Work Scheme Alliance.