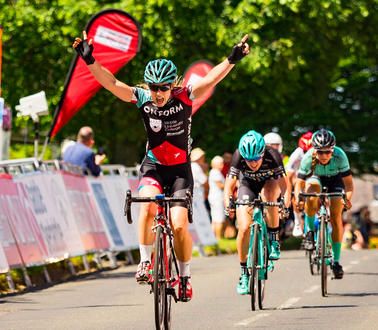 Brother UK has announced that it will sponsor Team OnForm, winners of the 2017 UK Women’s Team Series, into the 2018 season.

The team of elite male and female cyclists has enjoyed a successful year of 65 wins, including finishing first at the UCI Tour of Cambridge. Team OnForm will receive jersey sponsorship from Brother UK throughout the 2018 season, competing at high profile national events including the Tour Series in May.

Speaking about the new team sponsorship, Brother UK managing director Phil Jones commented: “I’ve been hugely impressed by the performance of Team OnForm this year – they are a team going places.

"What stands out in particular is that Team OnForm are an ambitious unit, and their approach to the sport fits exactly with what Brother UK is all about – delivering results, partnership and teamwork.”

Team manager of Team OnForm Simon Howes added: “It’s fantastic to have Brother UK on board as our sponsor for next season. They are a heavyweight brand who has already invested a significant amount in elite cycling in the UK, and we will benefit greatly as a team thanks to their involvement.”