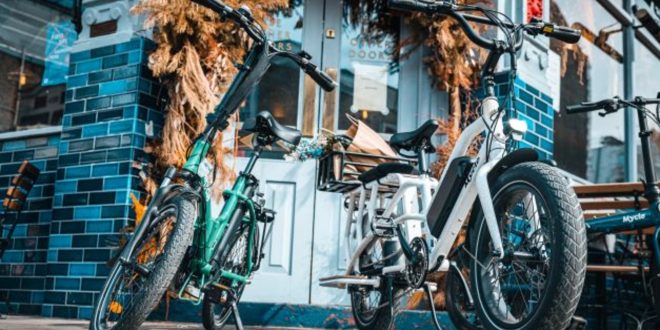 British e-bike manufacturer Mycle has announced it will offer a £100 discount to anyone in the UK that has been affected by the ongoing rail strikes.

Mycle says is on a mission to encourage as many people as possible to live locally and switch their journeys to e-bikes. Its range includes the folding Compact, trendy Classic and the new, affordable cargo bike, the Cargo.

Those interested in taking advantage of the voucher scheme just need to email enquiries@mycle.co.uk with a picture or screenshot of any rail ticket from the month of June and Mycle’s customer service team will send back a discount code.

Mycle’s most affordable bike, the Compact, will now cost just £899 with the discount applied. It offers a lightweight aluminium frame with a 250W hub motor. A 6.4Ah battery is hidden in the seatpost and will take you 30km on a single charge.

Mycle announced the Cargo at the recent London eBike Festival. It is designed to enable riders to “say goodbye to your car for good” and also has a range of accessories available to help riders customise the bike.

A 250w hub motor powers five levels of pedalling assist and is matched with 7 speed Shimano gears. The Cargo features a 15Ah battery, the largest ever featured on a Mycle, and riders will also have the option to install a second battery, doubling the range to 120km.

The RMT last week confirmed three separate days of planned rail strikes across the UK, on 21st, 23rd and 25th June. “In the past few weeks, discussions have been taking place at senior level with Network Rail, Train Operators and London Underground,” said an RMT statement. “Despite the best efforts of our negotiators no viable settlements to the disputes have been created.

“It has to be re-stated that the source of these disputes is the decision by the Tory Government to cut £4 billion of funding from our transport systems – £2 billion from national rail and £2 billion from Transport for London.”

Brompton Bike Hire has announced that it is offering free bike hire to help keep the country moving during the rail strikes. Customers will be able to join as a member for just £1 and get five days of free hire using the code STRIKE. Hire is then £5 per day thereafter. 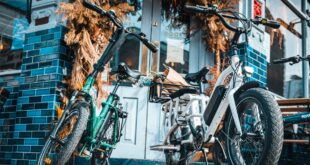