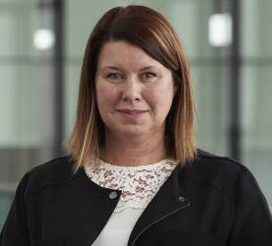 Harrington, who was most recently group operations director at the Football Association, brings with her more than 15 years’ leadership experience at the top level of sport and is the first female CEO in British Cycling’s history.

She replaces Ian Drake, who stepped down from the national governing body in January this year and is the latest addition to the refreshed and strengthened leadership team at British Cycling.

Under the new executive leadership team structure, Harrington and Park will work alongside Michael Chivers, who occupies the newly created post of people director, as well as Jamie Obank and Jonny Clay, chief operating officer and director of cycling respectively.

British Cycling’s new independent chairman Jonathan Browning said: “It’s an absolute pleasure to welcome two such highly qualified and well-respected individuals to British Cycling’s offices at the HSBC UK National Cycling Centre. Under Julie’s stewardship, I am confident that we can draw a line under recent issues and take British Cycling forward. Stephen has an incredible record of delivery in performance sport and his appointment reinforces our resolve to top the medal tables at the Tokyo 2020 Olympics and Paralympics.

Harrington added: “I’m honoured to lead British Cycling as it embarks on a new chapter in its history. Cycling really is the jewel in the crown of British sport and I’m certain that it will shine at Tokyo 2020. We’ve seen the incredible impact that success in Rio had on participation up and down the country, and recent medal success in Hong Kong will help inspire a new generation to get out on their bike. It’s that grassroots element that I’m really excited about and I’m delighted to be finally on the ground in Manchester.”

Prior to working for the FA, Harrington spent nine years with the Northern Racing Group as operations director. She has also worked in senior marketing roles for blue chip leisure organisations such as British Airways, Whitbread, Carlsberg-Tetley and Allied Domecq.