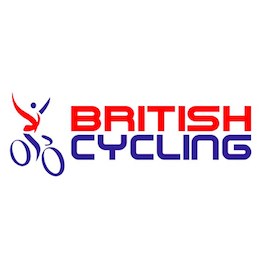 British Cycling has announced a series of reforms following an independent review conducted by the English Institute of Sports’ director of medical services, Dr. Rod Jaques.

Reforms set to be implemented include the introduction of a new head of medicine position, the creation of a new Rider Health function within the Medical Team, along with the establishment of a Clinical Governance Committee that will report into the British Cycling Board.

Dr. Jaques was commissioned by British Cycling in April 2017 to assess current practices in compliance with professional standards across the medical and physiotherapy team. He was also asked to make recommendations to enhance the team’s governance, structures and performance management. The British Cycling Board has immediately accepted his key recommendations, which will now be implemented.

Commenting on the review’s completion, Dr. Jaques said: “I found members I met with from the British Cycling Medical Team to be competent professionals, working to the best of their abilities within their current structures. To ensure that athletes are served in ways that best support performance and allow professionals to develop, the review outlines reforms that will bolster both areas and ensure that British Cycling makes changes to ensure the highest standards of professionalism and care. I am delighted that my recommendations have been immediately accepted.”

Central to the recommendations is the introduction of a head of medicine, a role that would report to the Performance Director. The role will be responsible for the strategy, function and integrity of the British Cycling Medical Team.

British Cycling’s performance director Stephen Park said: “Dr. Jaques’ recommendations are timely and sensible. I am confident that through their introduction, the standards and practices adopted will enhance athlete care and performance.”

A Clinical Governance Committee will be established that will report to the British Cycling Board. This will be comprised of internal British Cycling staff including the CEO, and external advisors to maintain clinical governance standards.

Chair of British Cycling’s Board Jonathan Browning added: “The creation of the Clinical Governance Committee underlines the importance of having the right people, structures and processes in place so that British Cycling can provide our athletes with best-in-class medical services.”